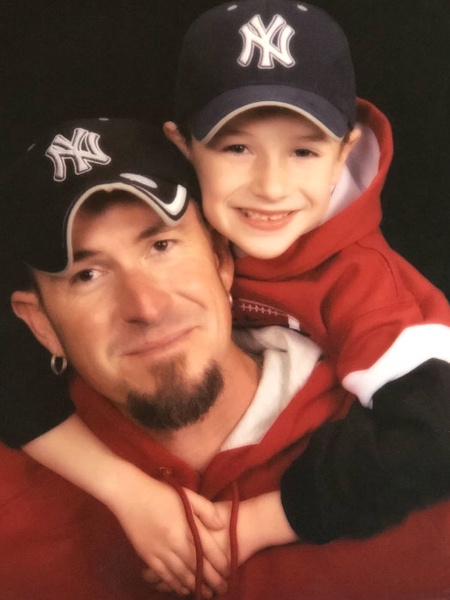 Kirk L. Barrett passed away May 29, 2018 in St. George Utah, after a lengthy battle with challenging health issues, resulting from a truck accident in 2016.

He was born Oct. 12, 1972 in St. George to Ezra Lewis Barrett and Susan Leavitt Jolley.

He married Jennifer Smith in St. George Utah, and together they welcomed their son, Braxton Barrett in 2000. They were later divorced.

As a boy, he loved to hunt, fish and trap. He was best known for his sense of humor and quick wit, ensuring that whoever was with him was having the time of their life. He loved jeeps, baseball hats, and a great pair of jeans.

He was especially good to his mother, and was always very protective of her. He took great pride in his son and his nieces and nephews with everything they accomplished. He was very close with his brothers, and enjoyed spending time with them and their families.

He was preceded in death by his brother Chad L. Barrett, grandparents Don & Karma Leavitt, and aunt and uncle Judy and Johnny Johnson.

The family would like to express their gratitude to all the doctors, nurses, and medical staff that have helped take care of Kirk over the past two years.

Arrangements have been entrusted to the care of Hughes Mortuary.

To send flowers to the family in memory of Kirk Lyle Barrett, please visit our flower store.
Send a Sympathy Card