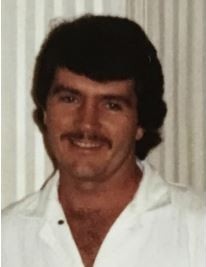 Korey K. Cox, Santa Clara, Utah, after a long illness returned to his Heavenly Father on October 15, 2021. He was born in Price, Utah on December 10, 1964 to Kimball J. and DeAnn Cox. He married Wendy Marcelis and they had one son, Jonathan M. Cox. They divorced and he remarried, but the marriage ended as well. From that marriage he has 3 children, Karly, Katie, and Dallan. He has one grandchild, Kyson. He is survived by his children, parents, one brother Kim L. Cox, two sisters, Deveri Larson, and Tammie Shaw.

Korey loved kids and kids loved him. He also loved the outdoors, fishing, hunting, camping and all kinds of sports. He especially enjoyed Nascar racing and football. He was a hard worker and owned his own successful RV repair service until he became ill and was no longer able to work.

To send flowers to the family in memory of Korey Cox, please visit our flower store.
Send a Sympathy Card