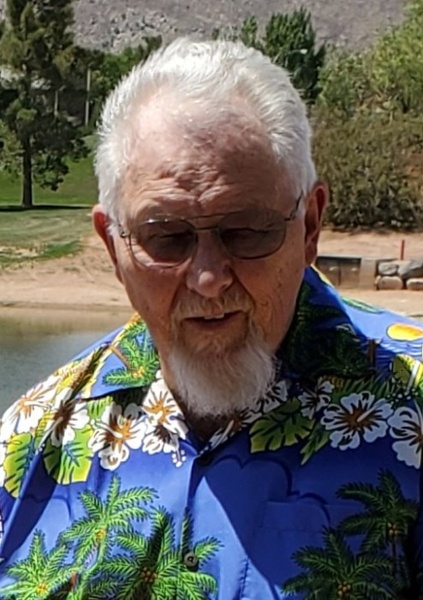 Lawrence "Larry" Eugene Richards, age 82, of Hurricane, Utah, passed away on Friday, August 6, 2021 at his home in Hurricane. Larry was born on October 22, 1938 in Pueblo, CO to Ellsworth and Zerelda Richards of Walsenburg, Co.

Larry graduated from Englewood High School in Colorado and went on to receive a BA degree from the University of Colorado. He served 8 years military duty in the US Coast Guard Reserve.

Larry was a gregarious conversationalist he loved to connect with people. He could chat to strangers and friends a like for hours. He was an intellect with an impressive wit and dry sense of humor. His laugh was unique and infectious and will be one of the things missed most about him. His passions were golf, boating, traveling and football. He loved playing fantasy football with his son Kirby and his grandchildren.

Larry and Mona enjoyed many years of R.V. traveling and adventure from coast to coast and had visited all the United States except Alaska and Hawaii. Their favorite destinations were Massachusetts to visit the grandchildren and the Maine and Oregon coasts.

Larry is survived by his wife Ramona, his children Carrie Richards and Kirby Richards (Bernadette), his five grandchildren Sean, Kyle, Alex, Alanna and Declan, and by his brother Ellsworth (Madelyn) Richards, Jr. of Longmont, CO.

To send flowers to the family in memory of Lawrence "Larry" Eugene Richards, please visit our flower store.
Send a Sympathy Card