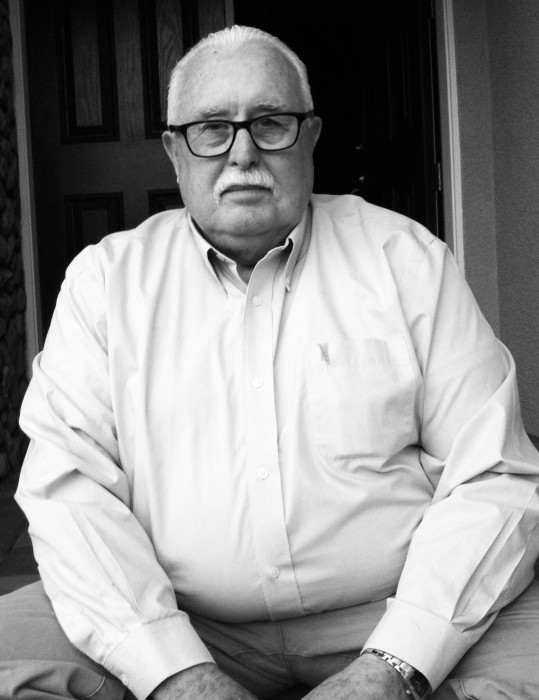 Leon Russell Purkey was born the eldest of four children on May 27, 1940, in Denver, Colorado. He moved to Texas as a young child and then on to Baldwin Park, California as a teenager. Leon was driving through San Francisco as a young adult when he saw a large ship pass by. He decided that’s where he wanted to be and soon joined the Navy. Leon was married three times and had two children and two step daughters. His twin step daughters were his life. He taught them how to sail, took them to Disneyland, Dodgers games, and raised them as his own. They were his second chance.  He loved their children fiercely. He went to all their performances, wrote them letters, and cherished them each individually. Leon was an avid Lakers and Dodgers fan and passed with the knowledge that they both won their respective championships this year. He loved sailing, riding his motorcycle, tending his koi pond and garden, and served diligently in various roles in The Church of Jesus Christ of Latter-day Saints. He was preceded in death by his parents, Mary and Russell Purkey, and brother Robert Purkey. He leaves behind his spouse, Kathryn Purkey, siblings David and Richard Purkey, children Kathy (Jeffrey) Carroll, Mike (Carlie) Purkey, Nichole (Troy) Taylor, Michelle (Richard) Andes, and his 15 grandchildren and four great-grandchildren. He taught us that life was a continuous journey of mistakes and failures, learning and growing, joys and triumphs. He will be missed dearly. We would like to thank the Southern Utah Veterans Home for providing him excellent care in his last year with us. Leon passed on October 31, 2020, and will be buried at the Ivins Cemetery. There will  be a family graveside service Saturday, November 7th, at 11 am. Arrangements are being made under the direction of Hughes Mortuary.

To send flowers to the family in memory of Leon R Purkey, please visit our flower store.
Send a Sympathy Card