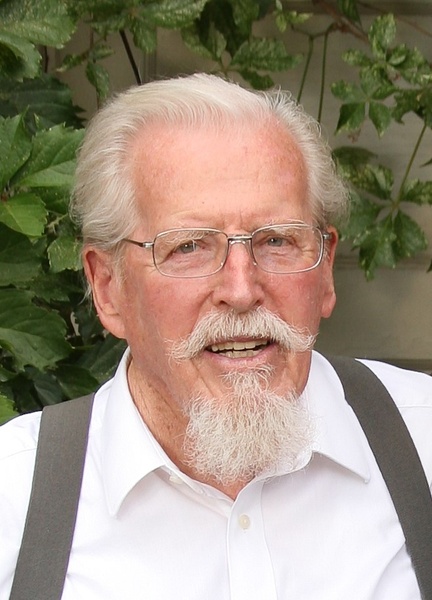 Lincoln Francis Raynes, 98, of St George, Utah, passed away Monday April 25, 2022. He was born June 27, 1923 in Santa Monica, California to Ronald and Mary Trimble Raynes. He grew up in Reedsport, Oregon, and went to BYU in 1942 where he met the marvelous Beth Milner. They married July 15th, 1943 in the Manti Utah Temple and created a family of eight children, delighting in their uniqueness.  He was a WWII Veteran, who served in the Air Force from 1943-1945. After earning a BS in Education, he taught school in Mesquite, Nevada, Midway, Utah and returned to Reedsport to become a grade school principal. Always sharing the gospel, he was a branch president for the Church of Jesus Christ of Latter-day Saints in Reedsport until he moved to Stanford University to finish an MS in Educational Administration. He was a professor at Southern Oregon College (SOC, now SOU) for seven years before he became an ESEA Title I Director in Grants Pass, Oregon. He retired to Provo, Utah in 1981, where he built a home by the temple. Lincoln and Beth became more deeply involved with their children’s families, and traveled nationwide with grandchildren. They served two missions in Scotland and Mississippi before Beth died in 2009. He found love again with Barbara Palo Lee, a native of Montana, whom he married on August 8, 2009. They lived in Orem for three years before buying a home and moving to St. George, Utah.

Lincoln was forever an outdoors boy, in awe of all of God’s creation. He had a deep love of his Savior Jesus Christ and was baptized at age 11 with his family. While spending his youth fishing from creeks and lakes, he matured to become a ‘fisher of men’ in many capacities (but still found time for trout). Serving in multiple Church callings throughout his life, Lincoln had many administrative roles while always seeing and teaching the ‘one.” His profession was fueled by his lifelong love of learning and teaching, following the example of the Master Teacher. He was a pioneer in Early Childhood education with his creation of Parent Packets in Grants Pass, Oregon. The skills he developed in “alternative thinking” and “incidental readiness” are passed down to his posterity. Lincoln was a thoughtful listener and deep thinker without making you feel like you were being left behind. He brought you along with him as he spoke. He was a master storyteller with such specific details that you easily understood the parallels he drew with his testimony.

Lincoln designed and built his first fishing boat at age 16, remodeled three houses, designed and built five houses– a labor of love for Beth and the family they created. He loved to make her happy. After retirement and years covered in wood chips, he returned to his love of landscape painting, honed in college. His love and testimony of the Gospel of Jesus Christ was manifest through his paintings of nature. After the age of 67, he finished over 30 large works of art, enough for children and grandchildren to hang in their homes. Lincoln loved travel and discovery— his curiosity led him to avid searches on Google.

He and Barbara enjoyed catching up with family as they traveled and shared their love of the Gospel. The last few years of his life, as he slowed down, he gradually had to accept help from others. Lincoln had the luxury of living peacefully at home under Barbara’s tender care with exception of the last 3 days where he passed at Advanced Health Care Center, of St George, UT.

To send flowers to the family in memory of Lincoln Francis Raynes, please visit our flower store.