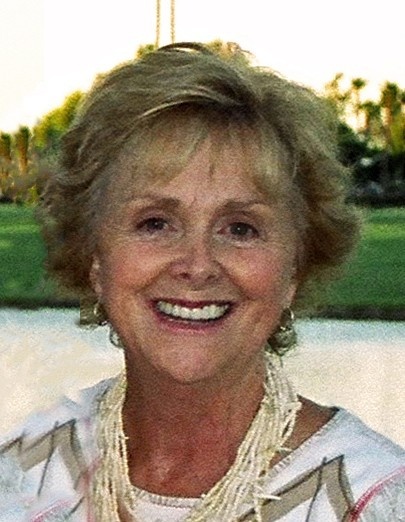 Linda Ann Kimball was born on November 23,1942 at North Island Naval Air Station, in Coronado, California in the middle of a blackout. Her parents Edwin Roberts Kimball and Althea Ashby Kimball had relocated from their home in Provo, UT to the naval base at the mouth of San Diego Harbor as part of the war effort at the beginning of World War II. Linda was the fourth of five children born to Eddie and Althea. After the war, Linda’s family returned to Provo, where she was instilled with the character and values that would last her a lifetime. She was reared in a loving family, where gospel principles were taught and lived. She was adored and loved by her parents, siblings, and extended family.

Linda took an early liking to dance and had a natural ability to excel. She danced with a competition group called High Steppers and she won national awards with this drill team. The group toured, competed, and performed all over Utah during the 3 years Linda was a member. When she became high school age, she attended Brigham Young High in Provo, Utah where she excelled socially as well as with learning, working, and dancing. She continued to be heavily involved in dance and competed in Cheer and Drill Team until she graduated in the spring of 1961. She enjoyed an exuberant social life and brought the fun wherever she went. Owing to the fact that her father was the head football coach and Athletic Director of BYU, she retained some notoriety but always maintained a good mixture of playfulness and sense of duty and honor.

Linda matriculated into Brigham Young University in the Fall of 1961. She tried out for and made the Cougarettes dance team as a freshman. Her passion for learning and for dance continued to propel and motivate her through her young life. It should be no surprise that it was in the midst of working at a Cougarette booth on the steps of the Herald R. Clark building in the fall of 1962 that she met the man who would become the love of her life. Don approached the Cougarette spirit booth for Cougar Days, volunteering to help with the fall dance. Linda signed Don up to help decorate for the dance, and after some flirtatious banter he said he wouldn’t leave until she gave him her name. However, she gave him the false name of Helen so he would leave. They worked side by side on the fall dance decoration committee for a few days before it became apparent that Helen was not Linda’s actual name. At the conclusion of the decorating Don asked Helen (Linda) if she had a date to the dance, and when she replied not yet, he playfully retorted, “Then you better hurry up and get one!” It was a love that started there but never stopped growing. They were married a few months later on March 9, 1963 and sealed for time and all eternity in the Salt Lake Temple on October 23, 1964. They were blessed with five children over the next twelve years.

Linda and Don spent the next 35 years in Denver, Lakewood, and Evergreen, Colorado. Linda quickly set to work making houses into homes. Because of Don’s construction business they moved often, frequently into homes slightly before they were completed. One 15-year span they lived in 14 different houses. Linda excelled at thriving under less-than-ideal situations, as well as, seeing the good in others and maintaining optimism. Fueled by a love of dance and a desire to pass along this passion to her daughters, she opened and co-owned a dance studio, named Stars, in 1982. In this dance studio she shared her love for precision dancing and performance dance with many. They competed nationwide, traveled to perform for thousands, won national awards at both the individual and team levels, and were nationally recognized for their excellence. They performed in many states, competitions, parades, and some of their dancers were selected to perform at the Statue of Liberty after it was reopened in 1986.

Linda was a devoted and loving mother. She taught her children to love the gospel and to love one another. In 1990, Don and Linda opened three Subway Sandwich stores in the Denver metro area. Soon after their opening, Don moved to California to attend medical school while Linda stayed behind and ran the three stores, did all the office work, managed the managers, supported Don financially, paid his tuition, ran her own household and continued to be the anchor that held her family together despite it all; a truly remarkable feat.

She was a faithful lifelong member of the Church of Jesus Christ of Latter-day Saints. She had many opportunities to serve others, as Young Women’s president, in the stake Young Women’s presidency, as Relief Society President, on the Stake Relief Society Council, and on a regional committee for the Denver Temple while it was under construction. She and Don served as temple guides for the open house and for the dedication. She was known for her friendly generosity toward everyone she met, her sincere concern for her fellowman, and selfless acts of kindness and service.

Linda was a lifelong proponent of education and advocate of learning. Throughout her life she continued to take classes, trying her hand at new skills, including becoming a master gardener. Her passion for learning persisted throughout her life and she used her skills and training in sewing, quilting, and gardening to encourage others to learn and become proficient.

Linda was a founding member of the Timpanogos Literary Society, served as its president-elect from 1984-1985, president from 1985-1986 and served many years as a board member and chairwoman of the board from 1990-1992. She enjoyed emeritus status until her death.

Linda is survived by her children Randolynn (Kevin), Todd (Blanca), Jennifer (Shawn), Rebecca (Arthur), and Matthew (Kristi), 22 grandchildren, 12 great-grandchildren, her older brother Norman, older sister Elaine and younger sister Colleen. She was preceded in death by her beloved husband Don, her parents Eddie and Althea, and her brother David.

Most important to Linda was her family. Her deep-abiding love for her husband and family was supportive, constant, and eternal. She was great friends with her parents and siblings. She adored her children, grandchildren and great grandchildren and she made each one feel special. She will be remembered for her love, her strong faith, her can-do pioneer spirit and her ability to maintain an eternal perspective.

Memorial service will be held at 10:00 a.m. on Saturday, October 30th at the LDS chapel located 10209 W. Coal Mine Ave., Littleton, CO. Following the service and family lunch, the interment will be in the Elizabeth, Colorado Cemetery, Runyan Family Plot for both Linda and her beloved husband Don. The memorial service will be livestreamed for those who are unable to attend in person.

To send flowers to the family in memory of Linda Runyan, please visit our flower store.
Send a Sympathy Card