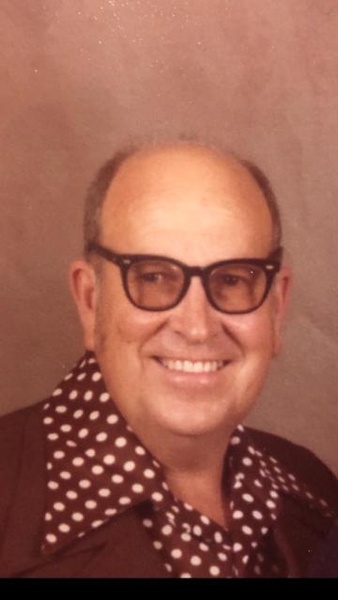 Lloyd Jay Olds of Henderson, Nevada, beloved husband, father, grandfather and great-grandfather passed away at the age of 89 on Friday, June 21, 2019. Lloyd was born January 4, 1930 in Toquerville, Utah to Arthur and Lottie Olds. He was the 5th child in their family of 8 children. He married his highschool sweetheart, Myrna Stanworth, on October 21, 1949, in the St. George Temple. Lloyd and Myrna were an example of love and devotion to all who have known them. Lloyd was devoted to his wife, children, grandchildren, great-grandchildren and his faith. He was a faithful member of the Church of Jesus Christ of Latter Day Saints and served tirelessly in many callings. He served as the scoutmaster for 15 years, he was a diligent home teacher, a Primary Teacher and served in the Las Vegas Temple as an ordinance worker. Lloyd and Myrna made many trips to Utah to help their parents, they helped take care of widows on their street. He did yard work, trimmed trees for his neighbors and fixed what needed to be fixed. Lloyd was a hard worker all his life. By the time he was in his late teens and early twenties he had worked at Zion National Park, Bryce Canyon, and the Grand Canyon. Lloyd was a mineral driller, a business owner, a fireman for the BMI Industrial plants in Henderson, and groundskeeper at Basic High School for the Clark County School District.

Lloyd and Myrna loved to travel and see new places. They were also frugal and self reliant, having grown up in the depression. He loved to hunt, fish, go for rides and he polished rocks to give to his grandchildren. He loved to tell them tall tales because his grandchildren always believed what grandpa told them to be fact, when they became adults they laughed about believing that the rock in the front yard was a dinosaur’s egg.

He was preceded in death by his wife Myrna, he is survived by his children, Jolene (Stephen) Augspurger, Chloe Ann (K.C) Stewart, Loydene (David) Ward and Alan (Cathy) Olds. Lloyd has 19 grandchildren and 41 great-grandchildren.

To send flowers to the family in memory of Lloyd J Olds, please visit our flower store.
Send a Sympathy Card