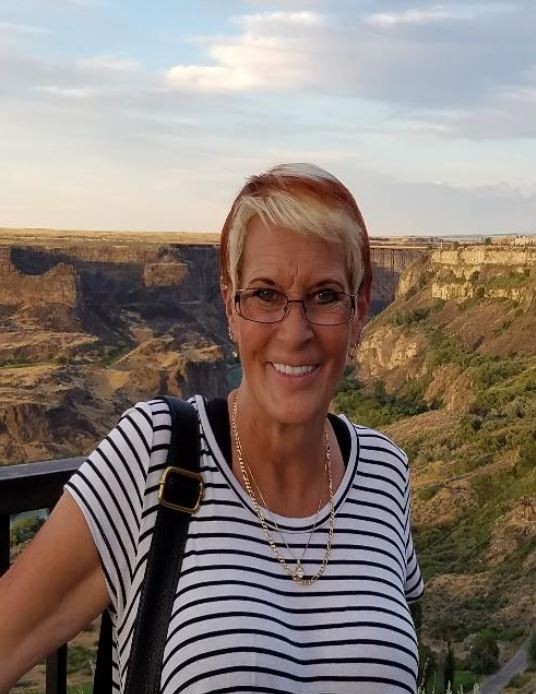 Lori Lynn Lynch, 56, passed away peacefully in her home on December 3, 2020. She was the oldest daughter of three, to loving parents Bob (Dorothy) Merrell and Janet (Lyle) Cummings. Lori was born and raised in Twin Falls, ID where she would go on to raise two children Jessica and Cord, and acted as a mother to countless others.

Lori was known for her colorful and glowing personality. To her family she was a loving mother, wife, grandmother, daughter, and sister. She is remembered for never wavering in her love for her family.

In 2000 Lori married the love of her life Ken Lynch and welcomed a second daughter into her life in Danielle. Lori always said, “My kids are the greatest thing I brought into this world, and Ken is the greatest thing brought into my world.” Lori’s favorite thing, later in life, was being a grandmother and she lived to be as wonderful of a grandmother as she was a mother.

A memorial service will be held at a later date. In lieu of flowers, the family would ask donations to be made to the National Breast Cancer Foundation.

To send flowers to the family in memory of Lori Lynn Lynch, please visit our flower store.
Send a Sympathy Card