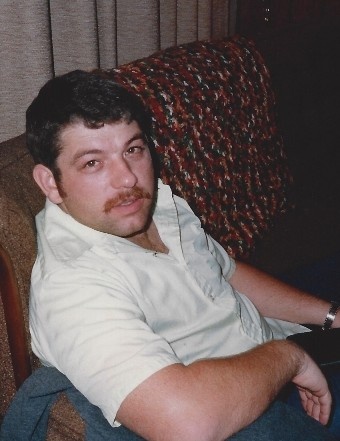 Lowery Robert Darlington, 62, passed through this earthly life on Wednesday, February 10, 2016, at his home in St. George following a year-long battle with brain cancer. He was born March 14, 1953 in Salt Lake City, Utah to Lowery Arthur Darlington and Margaret Elizabeth Wright. At the age of 4, his family moved to Monroe, Washington, where he enjoyed the life of a farm boy.

He married Shirley Slinker in 1970. They were blessed with three children. Shirley passed away on October 9, 1985 in Everett, Washington after battling breast cancer. He often expressed how fortunate he felt to meet his second wife, Brenda Isaacs, at a singles dance in Bellevue, Washington. They were married on January 16, 1987 and made their home in Kirkland, Washington. They soon settled into a “your’s, mine, and our’s” family dynamics.

Having been raised on a farm, Lowery gained an appreciation for hard work. After graduating from school, Lowery joined the U.S. Air Force, serving from 1972 to 1977. He spent 33 months at the RAF Air Force Base in England, then decided to move his family back to Washington. He was hired by the State of Washington, where he initially worked for the Department of Corrections as a prison guard. He then transferred to the Department of Transportation until his retirement in September 2002. He moved his family to Utah to be closer to extended family and was hired at Kenworth Sales until 2005. Then he went to work for Salt Lake County until 2009. Up to this time, he had enjoyed the graduation of children, their weddings, and the birth of many grandchildren. Life was good. He spent his spare time upgrading his home, attending community and church events, and enjoying family gatherings. His biggest thrill was being a part of his children’s weddings, and later being a grandpa. He loved his family!

Lowery was an active member of The Church of Jesus Christ of Latter-day Saints, where he held many callings throughout his life. His all-time favorite was as a home teaching companion with his son. He loved genealogy work, attending the temple, and serving where he was needed.

In January 2015, he was diagnosed with brain cancer. He diligently fought the disease with surgery, radiation, and chemotherapy. His health slowly deteriorated until he went on Hospice the first of February 2016.  He passed away just 10 days later on February 10, 2016.

Lowery is survived by his wife, Brenda; his children: Denise (Devon) Woodward of Washington; Sandra (Danny) Thomas of Utah; Christie Duffey of Arizona; Melissa (Ben) Uriarte of Utah; Chad (Deborah) Darlington of Pennsylvania; and Carrie Darlington of Utah; 19 grandchildren; many other extended family members, including Brandi Duran of Texas; many sisters and sisters-in-law; brothers-in-law; and numerous nieces, nephews and cousins who meant so much to him. He was preceded in death by his parents, Lowery A. and Margaret E. Darlington; his first wife, Shirley; and his son, Lowery (Robbie) Darlington Jr.

Special thanks to family, friends, medical professionals and staff – particularly the Dixie Regional Cancer Center, Dr. Derrick Haslam, Dr. Ashton, Dr. Markedo, and Dr. Fox – who have assisted with his care in so many different ways, prolonging his life as much as possible. We have been so blessed by acts of kindness, love, and prayers. God bless you all!

A memorial service will be held on Friday, February 19th at the LDS Middleton Ward Meetinghouse, 807 W. Capilla Road in Washington, Utah, at 11 a.m.  A viewing will be held prior to the service at 10 a.m. Interment will take place at the Utah Veterans Memorial Cemetery.

Arrangements are made under the direction of Hughes Mortuary, 1037 East 700 South in St. George, Utah, (435) 674-5000. In lieu of flowers, please consider making a contribution in memory of Lowery Darlington to benefit Dixie Regional Cancer Center. Donations can be made through the Foundation at Dixie Regional Cancer Center, 1380 E. Medical Center Drive, St. George, Utah 84790. (435) 251-2480.

To send flowers to the family in memory of Lowery Robert Darlington, please visit our flower store.
Send a Sympathy Card