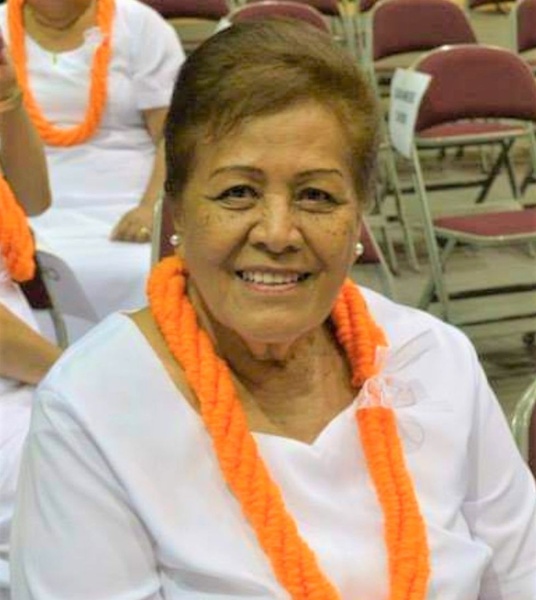 Luse Tapusoa Magalei, 81, passed away on January 07, 2022. She was born on July 13, 1940 in Faleniu, American Samoa to Mauga and Faane’e Tapusoa (Tufaga). She spent most of her youth growing up in the village of Aua, American Samoa. When she was a teenager, her family moved to Hawaii, she attended Radford High School for a little while. Soon, she found herself moving to California with her older sister Oliana & her young family. While there she attended and graduated from San Diego High School. Luse later returned to Hawaii, where she met the love her life Tufi Faialaga Magalei. They were married in the Laie Hawaii Temple on April 27, 1968. They were blessed with four children, and together they raised their family in Euless TX, Mapusaga American Samoa, & Laie HI.

After starting her family, Luse decided to continue her education. She went on to receive her bachelor’s degree from Brigham Young University-Hawaii. In her professional life, she spent several years working as an ESL instructor at Laie Elementary and an Elementary school teacher in American Samoa. She loved teaching children, but she also found much joy working at the Polynesian Cultural Center. In her early years, she had worked there as a dancer and a musician. Later in life, after years of teaching, she returned to PCC where she worked as an administrative assistant in various departments, including villages, food services, and finally the theater.

After retiring Luse stayed busy with her family, serving in various church callings, playing the organ at the Laie Hawaii Temple, and supporting various community events. She was blessed with many talents that she would share as an alumni performer at the PCC and as a member of the singing group, The Mamas.

Luse is survived by her children Raymond (Shonna) Magalei, Erena (Eddie) Stevenson, Wallen (Quincy) Magalei, Sharlene Luse Magalei, twenty-one grandchildren and three greatgrandchildren. She is preceded in death by her eternal companion, parents, and all her siblings.

Arrangements are made under the direction of Hughes Mortuary, 1037 East 700 South, St. George, UT

Special thanks to the staff at Ridgeview Gardens Assisted Living, Applegate Home Care & Hospice, & Dixie Primary Care for the great service and love given to our mom.

To send flowers to the family in memory of Luse Tapusoa Magalei, please visit our flower store.
Send a Sympathy Card