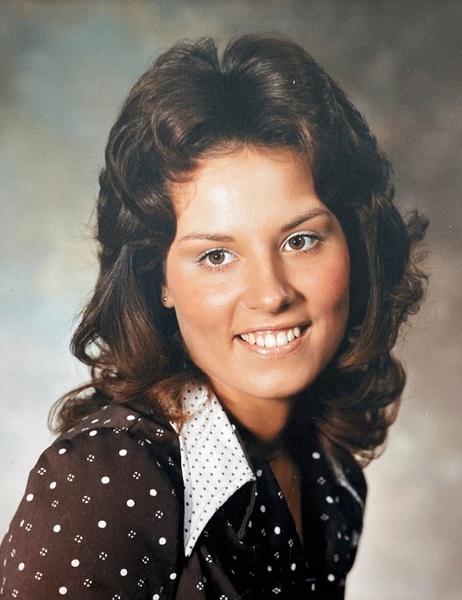 Lydia Marie (Sorensen) Hampton, 65, passed away on June 28, 2021 after a nearly year long struggle with amyotrophic lateral sclerosis (ALS or Lou Gehrig’s disease).   She was born on July 2, 1955 in Spanish Fork Utah to Fukan and Dora Sorensen.  She married George Lee Hampton III on February 1, 1975 in the Manti temple.

Lydia was born in Spanish Fork but raised in Springville Utah where she attended all grades from elementary through high school, ultimately graduating from Springville High School. She was the second of six children, the oldest daughter, a reliable and compassionate older sister. In her birth home, there was plenty of teasing and laughter, often just to get her laughing because she was particularly fun to laugh with. Her younger siblings felt comforted by her and her parents knew they had in her a reliable, thoughtful and responsible helper, which was very necessary with a large family. She was particularly tender with her younger sister, who with special needs exemplified sincerity and simplicity, and found in Lydia a special ‘big sister’ that would play with, love and support her as she grew.

She loved school and was very social and outgoing, making many friends. Her future husband, George, also attended Springville High though a few years before and didn’t meet Lydia until after serving his mission, on a double date – though they were not each other’s dates. Smitten, George couldn’t help but flirt with Lydia when they ran into each other again at a young adult pancake breakfast.  Not too long after, they were engaged and then soon began their beautiful lifelong journey together.

After a stretch of university education for her husband at Brigham Young University, they moved to Aurora Colorado, where George took employment with Amoco Production Company as a petroleum geologist. It was in Colorado that Lydia would live the majority of her life, building a family of two boys to start followed by two beautiful girls.  For the longest time they lived in Aurora, which served as a stable base to raise their children.  After the children were raised, she and her husband moved to beautiful Larkspur, Colorado then eventually moved to southern Utah near St. George.

She was a devoted wife, mother, and grandmother. She woke up early every morning for several years when her children were young to help the boys George and Josh, then eventually followed by her daughter Eliza, to earn money working an early morning paper route. She modeled the importance of hard work and being consistent in honoring obligations. She always practiced what may seem simple but is the precursor to all success, and that is the quality of simply showing up! She attended every school and church event she possibly could that her children were in and she excelled at being team mom for sports and volunteered in countless classrooms. She was particularly known (by her children and her children’s friends) for making many welcomed batches of her famous cowboy cookies!

Lydia loved to travel and enjoyed many European and Asian vacations with her husband George. They enjoyed their travel adventures by foot, by train, and even hot air balloon. Though the two of them enjoyed interesting and exotic destinations, by far her favorite travel destinations however, were her kid’s homes and by extension, her grandchildren!  Though she could have traveled by air, she preferred to drive whenever she could, and racked up well over 300k miles on her beloved Landcruiser driving across the country for blessings, baptisms, graduations and recitals. She was a SUPER grandma, and she not only grand mothered her own 17 grandchildren, but also took under her loving care and concern multiple other children she came to know through community, church or friends.  For her, nothing was more fun than taking the time to know who her grandkid’s teachers and coaches were by name, who their friends were and what activities and hobbies they were interested in. When she came to visit she would remember friends from church, and even their kid’s names and interests. She had a knack for remembering the details.

She was a hard worker and community contributor.  As an adult, she returned to school and received her associates degree and paralegal certification in 1993.  She did this while balancing motherhood and even some fatherhood duties when her husband was traveling for work. She set a powerful example of pursuing advanced education even under circumstances that weren’t particularly convenient. She practiced as a paralegal for some years in the mid 90s putting these hard earned skills to use, then shifted focus when she went through the certification process to become a Court Appointed Special Advocate (CASA). She made any child who entered her home feel special and welcome and wanted the same for all children. She was passionate about helping children in any way she could. Her last professional endeavor was as a teacher’s assistant and para professional at Compass Academy Charter School in Castle Rock, CO.

She was a faithful saint.  As a lifelong and faithful member of the Church of Jesus Christ of Latter-day Saints, she exemplified service. Her many callings from primary and Cub Scout leader, often required an exercise in patience. Serving in the Relief Society and as Young Women’s President challenged her to grow compassion and understanding. Not one to shy away from early schedules and hard work, she also served for 3 years as an early morning seminary teacher where she made a lasting impression on many youth as to the importance of Gospel learning and cultivating a personal testimony of Jesus Christ. For many years she served weekly as an ordinance worker in the Denver temple assisting her community of brothers and sisters through sacred and special ordinances.  She served two missions. The first as a Family Search specialist and most recently as a couple with her husband in Cove Fort Utah, from Jan-July 2020 where she enjoyed giving tours and doing maintenance on the historic property. They enjoyed seeing many friends and family as they came to visit.

Her final challenge was faced with grace, courage, and strength, but also tears.  After experiencing symptoms she couldn’t explain, they sought multiple consults. It was through the process of not being able to explain how the typically tireless go getter was experiencing such fatigue that the eventual conclusion and diagnosis of ALS settled in with sobering reality. Having served all of her brothers and sisters and family around her, tirelessly, completely, gladly and enthusiastically, she gave that simple example one more time that she exhibited early on with her children, she showed up - and in that simple example she took on the challenges that came day after day, week after week.  As hard as it is to experience a loved one ravaged by disease, not a soul hesitated to show up and serve Lydia, who had served so many.  She was surrounded by a loving community, friends and mostly family.  And she learned, though it took some time, to allow others to serve her, with the same kind of compassion, love and kindness that they had always received from her.

A private family-only funeral service will be held July 2, 2021 beginning at 11:00 am, at Hughes Mortuary, 1037 East 700 South, St. George Utah, 84790.  A graveside service is planned for September 4th, 9:00 am, at Evergreen Cemetery, 1997 South 400 East, Springville Utah.  The graveside service is set to coincide with a memorial service that weekend for her mother, Dora Marie Sorensen who preceded her in death in February 2021.

In lieu of flowers, the family requests donations be made to Special Olympics.

To send flowers to the family in memory of Lydia Marie Hampton, please visit our flower store.
Send a Sympathy Card