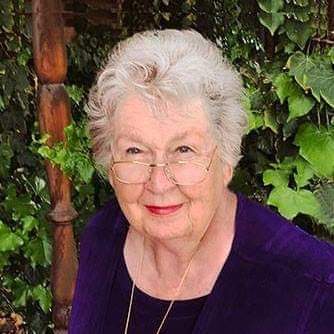 Lynne Clark-Brunson, a noted photographer, artist, historian, author, therapist, wife and mother, passed away from COVID 19 complications on Monday, October 11, 2021 in St. George, Utah at the age of 85.

Lynne was born August 22, 1936 in Farmington, New Mexico to Flora Levina Reid and Alexander Melvin Bloomfield. She attended school in Farmington, Alamosa, Colorado and Brigham Young University where she graduated with a degree in Music Education.

Music has always been an important part of her life. She played the lead role of Anna in a BYU production of “The King and I” and sang with the Mormon Tabernacle Choir. She sang with the Southern Utah Heritage choir for several years and sang the solo “I Know that My Redeemer Lives” in the yearly Christmas performance of Handel’s Messiah in the St. George Tabernacle.

In 1962 they bought a farm in Beryl Junction and moved to Southern Utah. In1968 Lynne established “Lynne Clark Photography” on Main Street in St. George and traveled back and forth daily, all while raising her family. In 1971, the family sold the farm in Beryl and moved to Washington, Utah.

Lynne maintained and operated her business, photographing thousands of individuals, weddings, family groups and special occasion for over 50 years. With an artist’s eye, she also photographed fantastic scenic views of Southern Utah, which grace the walls of many businesses and homes throughout the area.

Following divorce, Lynne met Rollo H. Brunson, a forest ranger living in Cedar City. They dated for a year and were married and sealed in the St. George LDS Temple in 1989. Rollo had 4 children, bringing together a blended family of 9 children. Upon Rollo’s retirement from the U.S. Forest Service in 1992, he moved to St. George, went to school to learn the picture framing trade and framed pictures in conjunction with Lynne’s photography studio.

In the early years of Lynne’s photography business, many locals would bring their old photographs in to be copied. Lynne was always interested in history and would ask permission to make a copy for her files. Over the years, she collected over 20,000 photographs of Southern Utah.

As her old photo collection grew, so did her love of the history of Washington County. In 2012 Lynne compiled, designed and published, “Images of Faith”, a 385 page pictoral history book of St. George, Utah and surrounding areas, using almost 1,500 photographs from her collection. This labor of love would not have been possible without the generosity of the descendants of the original saints and settlers of the DIXIE Cotton Mission.

In the late 1980s, Lynne embarked on a goal of seeking additional education. After several years of study at UNLV, she received a Masters Degree in Marriage and Family Therapy. In 1992 she established a private practice and was a skilled and respected therapist for over 30 years. In 2011 she also began counseling at Desert Solace, an addiction rehab facility. She enjoyed working with residents at the center and received great satisfaction in helping them remember who they really were.

Lynne was preceded in death by her parents, 1 son in-law and 2 grandchildren.

To send flowers to the family in memory of Lynne Clark-Brunson, please visit our flower store.
Send a Sympathy Card