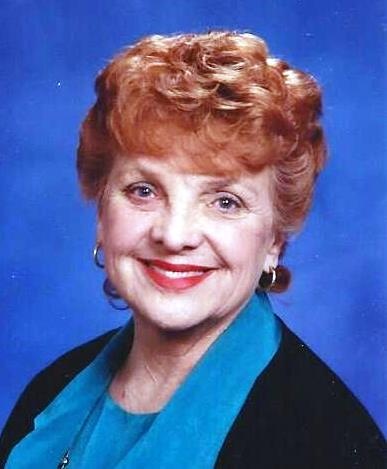 Maizie J. Foster Briggs, 85, passed away on Tuesday August 9, 2016. She was born August 28, 1930 in Logan, UT the youngest of seven children, to Estella Lavella Rubey and Hugh Foster.

She lived in Logan, UT for a short time and was raised in El Cajon, California. She attended BYU where she met and married L. Charles Briggs. They moved to San Diego County and raised their five children there.  Shortly after the birth of her fifth child she graduated from San Diego State with a degree in Education. Although the youngest of her family, she was the first to graduate from College.  She periodically taught in Elementary schools and substituted too. She was one of the first in San Diego County to teach special needs children and helped formulate the curriculum and protocols.  She got her real estate license in the late 60’s and worked for a time in that field until one of those financial crashes. She loved Music and attended every musical she could. She sang in a Sweet Adeline’s group for eight years and placed in the regional competition. Andy Williams was her favorite singing artist and she traveled with her daughter to Branson, Missouri for one last concert “before we are both dead”!  She was an excellent seamstress and made both of her daughter’s wedding dresses, one daughter in-law, many bridesmaids, one son-in-law’s suit, and many wedding dresses for friends and others. Many people have benefited from this talent including many of the nurses at The Meadows where she resided for the last three years. She would practically beg them to let her alter their scrubs so they fit better or worked better for them.  Good Health and nutrition was also one of her passions. She was a wealth of knowledge and shared with all who would listen. After the divorce she lived with her sister Millie Cheesman in Orem, UT for twelve years where she had many friends and family.  Her last years were spent doing genealogy for family and friends. What she loved most was raising her five children and being a mother.  She had a talent for making friends and keeping in touch throughout many years. She was a bright and vivacious woman who will be greatly missed by all who knew her.

She is survived by her children: Eileen Briggs Layton & Grant Layton of Hurricane, UT, Eric & Lori Briggs of Medford, OR, DeAnna Briggs Krause & Bob Krause of Rancho Bernardo, CA and Larry & Pattie Briggs of Cardiff, CA.  She is also survived by nineteen grandchildren and fifteen great grandchildren and her sister Millie Foster Cheesman of Orem, UT. She is preceded in Death by her grandson, Kurt Eric Briggs and her son, Marshall Charles Briggs.

To send flowers to the family in memory of Maizie Jane Briggs, please visit our flower store.
Send a Sympathy Card