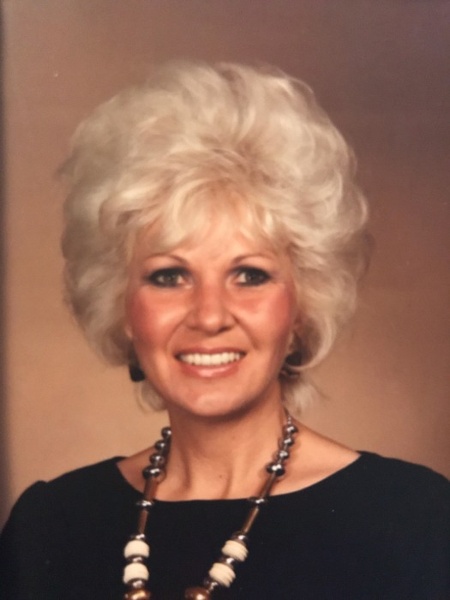 Martha Elizabeth Helton Hepner, 74, returned to the arms of her Heavenly Father on Wednesday morning, February 13, 2019, after a prolonged battle with Dementia.

Martha was born on October 22, 1944 as the youngest child of Ernest and Louise Helton in Savannah, Georgia.  A southern belle to the very end, Martha was known for her infectious laugh, her wonderful cooking, and her immediate love of all those around her. She also enjoyed learning the practice of natural healing.

Martha was a devout Christian, and a loving wife, mother, grandmother, sister, aunt and friend.  She served faithfully as a missionary for The Church of Jesus Christ of Latter Day Saints in the Kentucky, Louisville mission where she shared her testimony of the Gospel of Jesus Christ.  She served honorably in the U.S. Army, as a dental assistant.

Martha married Richard Hepner on June 27, 1980 and welcomed their choice daughter, Kelly Hepner, a year after.  They were all later sealed in the Atlanta Georgia Temple. Together, Martha traveled the country with her family, living in many states and blessing the lives of all she met.

Martha was proceeded in death by her parents, Ernest and Louise Helton, her sister, Dorothy Young, and her brother, Jack Helton.  She is survived by her husband, Richard Hepner, her daughter Kelly Hepner-Byrd (Vector), granddaughters, Olivia Hepner and Lyanna Byrd, and her sister, Mary Sweeten-Maughan.

Funeral services for Martha will be held on Wednesday, February 20th at 12:00 noon, at Hughes Mortuary, 1037 E. 700 S.  A viewing will be held that morning from 10:30-11:45  for those wishing to pay their respects. Interment will be at Washington City Cemetery.

To send flowers to the family in memory of Martha Elizabeth Helton Hepner, please visit our flower store.
Send a Sympathy Card