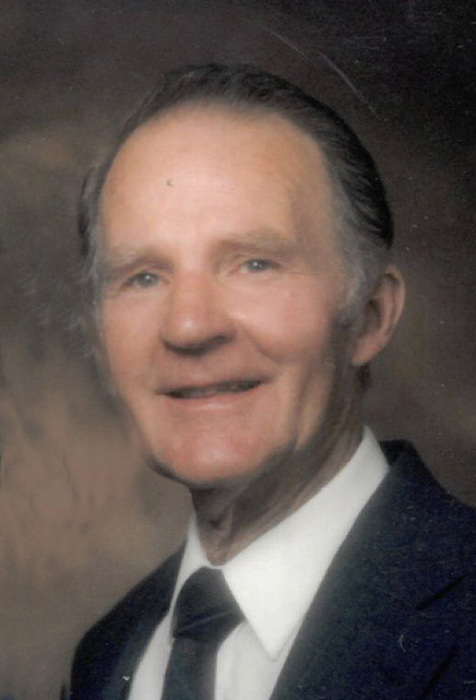 Marvin was born June 6, 1926  to Lawrence and Ina Hall Woodbury in St. George, Utah. He graduated from Dixie High School, attended Dixie College and continued on to receive a degree in Wildlife and Range Management from Utah State University. Marvin also enlisted to serve in the U.S. Navy during World War II.

Marvin married the love of his life Dora Jean Leavitt of Gunlock, Utah on May 16, 1947. They were sealed for eternity in the Mesa, Arizona temple of the Church of Jesus Christ of Latter-day Saints.

He worked for the federal government throughout his career, finally as Assistant District Manager and Chief of Operations for the Bureau of Land Management. Over the years, he manned an Idaho firewatch tower, directed firefighters and flew in spotter planes, and oversaw the chaining of trees and road building on the Arizona strip.

Marvin enjoyed sports of all kinds and was an accomplished competitor in marathon running, biking, track and field, and horseshoes. He entered the very first Huntsman World Senior Games and participated every year until earning his coveted 30-year jacket and being honored in the Hall of Fame.

Blessed with a green thumb, Marvin planted a plentiful vegetable garden every year, yielding an abundance to feed his large family plus more to share with friends and neighbors. After his retirement, he added a greenhouse to expand his operations and include flower starts. He said there was nothing better than a sandwich of  tomato, onion, and cucumber alongside a juicy slice of cantaloupe fresh from the garden. His expertise extended to management of the Church-owned orchards in Hurricane.

Marvin was an active member of the Church of Jesus Christ and participated in many callings, including as a bishop, Boy Scout leader and Young Men’s leader. He and Dora Jean served together as St. George Temple ordinance workers.

In 2016, Marvin was privileged to join with other veterans in Utah Honor Flight, visiting memorial sites in Washington, DC with his daughter Pam by his side.

Marvin enjoyed two things most: his family and the outdoors. He built a rustic cabin on Kolob Mountain where he enjoyed both to the fullest. His children and grandchildren share fond memories of family reunions, campouts and foot races from the cabin to Kolob Reservoir that ended in fearless leaps into the water. He taught a love of nature, the common and scientific names of plants and animals, and the pure enjoyment of family company. Evidence of his pride and joy is a large posterity of 162 family members.

Due to current social challenges, there will be a private family service at Hughes Mortuary followed by interment at the St. George City Cemetery.

To send flowers to the family in memory of Marvin H Woodbury, please visit our flower store.
Send a Sympathy Card