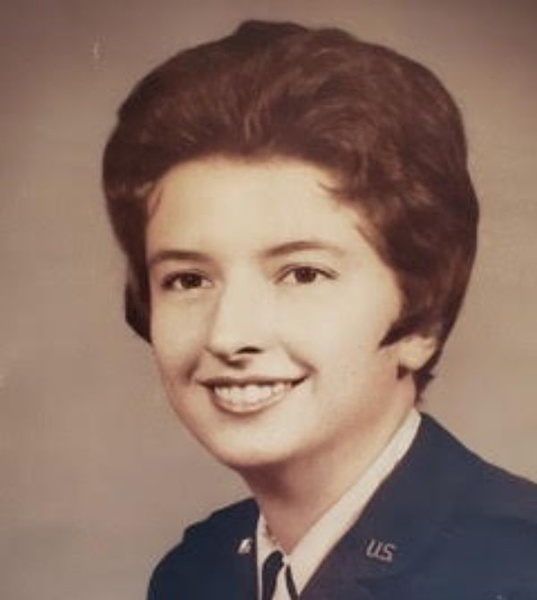 Mary was born and raised in North Canton, Ohio. Oldest of seven children.
After high school, Mary entered nurses training graduating from Mercy Hospital School of Nursing, Canton, Ohio, class of 1961. Mary was inspired to become a 5th generation registered nurse by the examples of her mother and grandmothers before her.

Mary served in the United States Airforce and she graduated from Nurses Flight Training in 1965. Mary served our country as a flight nurse in the Vietnam War from 1965-1967. She was part of the Flying Nightingales, a group of nurses who cared for the injured Vietnam soldiers on flights to safety. A 1967 Reader's Digest featured a story about these nurses.

Mary continued to serve our country through other assignments, specifically, Lackland Air Force Base in San Antonio, TX, and Elmendorf AIr Force Base, Alaska, where she was an operating room nurse for over 14 years.
Her last assignment was in Lindsay Air Station, Wiesbaden, Germany, achieving Lieutenant Colonel's high rank.

After leaving the military, Mary retired to Layton, Utah, where she was involved in various charities and leadership positions with the Fraternal Order of Eagles and activities at Hill Air Force Base. There she enjoyed square dancing, painting, and sewing. In 1999 Mary relocated to St. George, Utah.

To send flowers to the family in memory of Mary Elaine Treisch Stigers, please visit our flower store.
Send a Sympathy Card