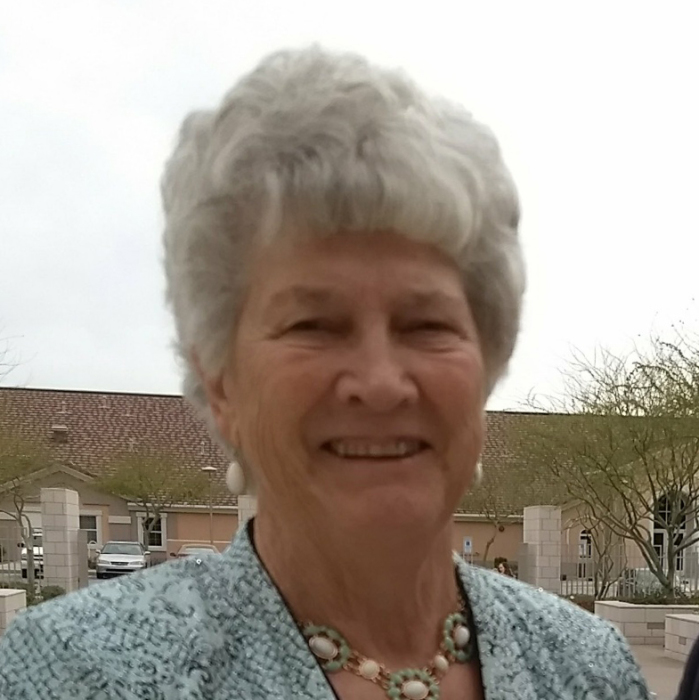 MaryAnn Taylor Lott Charter, age 78 of Washington, Utah, passed away peacefully on October 4, 2018 at Dixie Regional Medical Center in St. George, Utah, due to complications from a stroke.  At the time of her death she was surrounded by her loving family.

She was born on April 23, 1940, in Franklin, ID to Clyve and Edna Taylor. She was the fifth of eight children – five brothers and two sisters.

She married her high school sweetheart, Seth Lott, in Oct 1958.  Together they had five daughters and three sons; raising seven to adulthood.  They raised their family in Firth, ID, moving to St, George, UT in 1986.  They later divorced.  She married Doyle Charter in Dec 1993 enlarging her family with an adult son and daughter.

While raising her family on the small farm, she grew, harvested and preserved a large vegetable garden and fruit from her orchard.

Her house was always neat and tidy and she was constantly rearranging her furniture.  Christmas was her favorite holiday. She started decorating in October – she decorated the entire house – inside and out.

She is preceded in death by her son Matthew, Parents, her brothers Joe, Wayne, Brent, & Ellis.

Funeral services will be held on Saturday, October 6th at 2:00 at the Washington 8th Ward Building, 486 Mangum Rd, Washington, UT.  There will be a viewing from 12:00 – 1:45.  Interment will immediately follow the funeral at the Washington City Cemetery.

We would like to express our gratitude to the doctors and nurses in the Intensive Care Unit who tended to our mother in a very caring and thoughtful manner.

To send flowers to the family in memory of MaryAnn Taylor Lott Charter, please visit our flower store.
Send a Sympathy Card