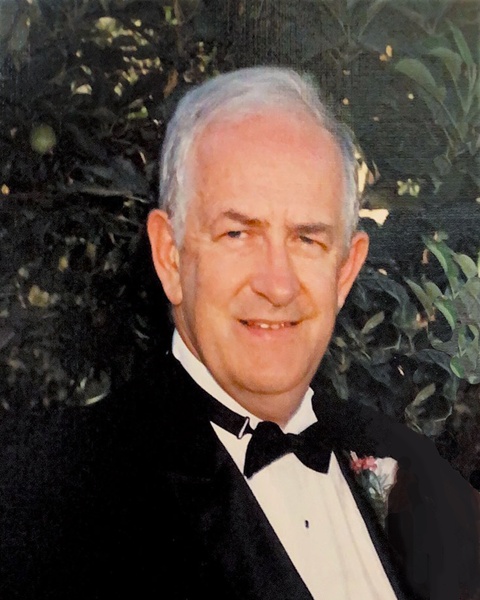 Rex was born in Idaho Falls, Idaho, to Claude L. and Luella Cook Lewis. He was raised in Ririe, Idaho, with his brother and five sisters on a farm where he learned to work hard and love agriculture. He went to school in Ririe and graduated from Ririe High School in 1958.

He attended Ricks College and Utah State University for one year each. He served a mission for the Church of Jesus Christ of Latter-day Saints to the Eastern States Mission from 1960-1962. When he got home, he attended Brigham Young University. He met Vicky Lewis in November 1963 and dated her until he graduated in accounting in 1964 and married Vicky one week later in
the Idaho Falls Temple.

They moved to California where he worked throughout the years for Del Monte Foods, Pacific Aluminum, Im-Prov-All, Foster Farms, Modesto and Empire Traction Company, and Berberian Nut Company. Rex and Vicky lived in Oakland, Willows, Woodland, and eventually moved to Modesto in 1972 where they raised their family for 35 years. They were blessed with six children.

In 2007, Rex retired from Berberian Nut Co. where he worked as controller and eventually general manager. Rex and Vicky sold their home in Modesto and served a public affairs mission to Western Europe, primarily in the Nordic countries. They retired to St. George, Utah, in 2009.

Rex was a member of the Church of Jesus Christ of Latter-day Saints and served as an early morning seminary teacher, bishop, and stake presidency counselor, among many other callings. He was an Eagle Scout and a high school three sport letterman in football, basketball, and track. Rex loved watching all things sports-related, especially when his children, grandchildren, and BYU were playing. Rex and Vicky have served as BYU Alumni Chairpersons for 32 years in the California Central Valley and in St. George.

To send flowers to the family in memory of Merrill Rex Lewis, please visit our flower store.