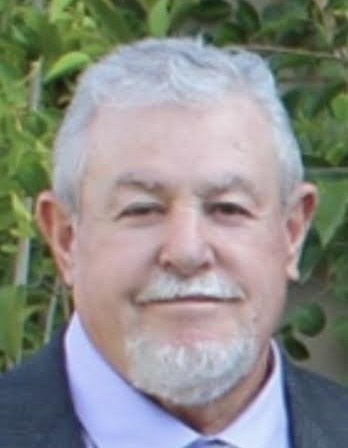 Michael LaVar Bundy passed away in his home in St George, Utah on March 21st, 2020 at age 70.  He was born in Hurricane, Utah on July 1st, 1949 to Audria Stratton and Denven LaVar Bundy the oldest of 13 children.  Michael spent most of his childhood living in St George where he went to Kindergarten through 7th grade, and then Hurricane where he went 8th through 12th grade.  He loved sports and played baseball, basketball and football for Hurricane High School.  He graduated from Hurricane High in 1967 with a scholarship to ASU for baseball.  However, April 16th 1969 he was drafted by the US Army to go to Vietnam where he served his country from September 12th 1969 to November 4th 1970.  When he returned home, he met the love of his life Monika Beierlein on Thanksgiving Day 1970, and they were married February 27, 1971.  They later sealed their marriage in the St George temple May 27th, 1983.  Michael enjoyed many things in life, he loved to fish, and hunt and anything to do with guns.  He also loved each of his children, grandchildren, and great grandchildren very much.  He was a truck driver for most of his life.  He had his own truck “Hay Papa Trucking” hauling hay to California, and he drove it until a few months before his death.  Michael is survived by his wife Monika, mother Audria Elmore, children Rolf Bundy  (Teresa) Las Vegas NV, Dale Bundy (Mary), Gilbert AZ, Michelle Harrison (Nathan) Mountain View WY, Shanell Bundy St George UT, 9 grandchildren, Jocalyne (Carlos) Lizarraga, Tyler Bundy, Chandlie Stratton, Tanner (Emma) Bundy, Kambrie Stratton, Paige (Alex) Johnson, Dylan Harrison, Zachary Stratton, and Kadee Harrison, 5 great grandchildren, Bryleigh, Adaleigh, Zaeleigh, and Raiden Lizarraga, and Aspen Johnson.  He is also survived by 3 brothers, and 8 sisters.  He is preceded in death by his father Denven LaVar Bundy and his sister Tamra Bundy.  As well as many other loved ones.

The viewing will be held Thursday April 2nd at Hughes Mortuary from 6-8 PM, and the graveside service will be Friday April 3rd at 11 AM at Tonaquint Cemetery, all are welcome to join us here.

To send flowers to the family in memory of Michael LaVar Bundy, please visit our flower store.
Send a Sympathy Card