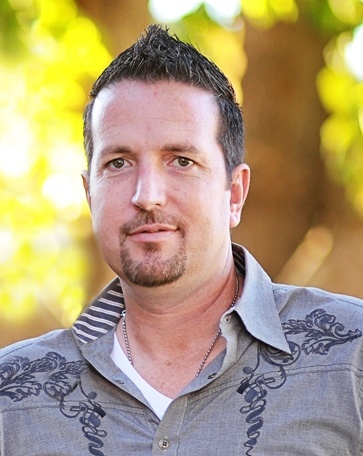 Michael McLain Miller, 44, passed away at one of his favorite fishing spots, Sand Cove Reservoir, on Monday, March 28, 2016. McLain was born in Casa Grande, Arizona on October 26, 1971 to Michael L. and Andrea Staheli Miller. At the age of seven he moved with his family to St. George, Utah. McLain graduated from Pine View High School in 1989. He also attended Dixie College. From 1990-1992 McLain served an LDS Mission in Santiago, Chile. After returning home from his mission, while delivering pizzas for The Pizza Factory, he met the love of his life, Toni Fowler. They were married on May 20, 1995 in the St George LDS Temple and have three wonderful children; twin daughters and a son. McLain was charming, handsome, highly intelligent, funny, quick witted, opinionated, and a true outdoorsman. He loved to fish, hunt, go on adventures, and do anything that involved risk. McLain is survived by his wife, Toni; daughters Aspen Miller and Jaesi (Cameron) Woolf, and his son, Gage Miller. His parents, Mike and Andy Miller. His sisters, Michele (Tony) Randall, MarShane (Jeff) Rogers, and Mindi (Adam) Kickbush, all of St George, UT. He is also survived by his in laws, Cleon and Pam Fowler of St George, UT; Tracy (Sean) Price of Kanarraville, UT; Todd (Lorraine) Fowler of Baltimore, MD; and many aunts, uncles, cousins, nieces, and nephews. McLain was preceded in death by his grandparents, Bert and Roma Staheli; Wesley and Lillian Miller; brother in law and best friend, Brad Ovard. Funeral services will be held on Monday, April 4, 2016 at 1:00 p.m. at the Bloomington Stake Center, 200 W Brigham Road, St George, Utah. Visitation will be held on Sunday, April 3, 2016 from 6:00 p.m. to 8:00 p.m. at the Bloomington Stake Center and again from 11:30 a.m. to 12:30 p.m. prior to the services in the stake center. In lieu of flowers, donations may be made to Switchpoint, 948 N. 1300 W. St George, Utah 84770.  Interment will be held at the Tonaquint Cemetery. Arrangements are made under the direction of Hughes Mortuary, 1037 E. 700 S. St George, Utah, (435) 674-5000.

To send flowers to the family in memory of Michael McLain Miller, please visit our flower store.
Send a Sympathy Card