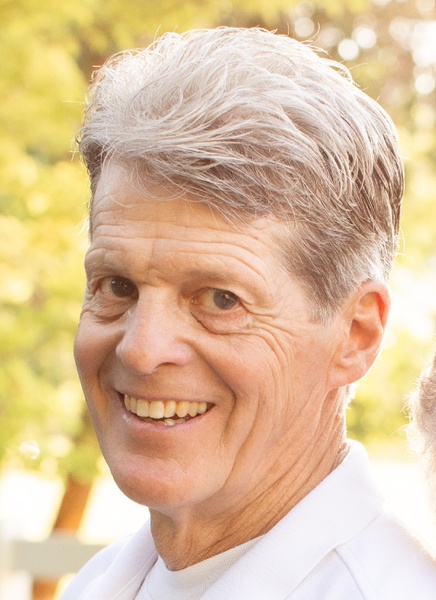 Mikel A Knudsen, born January 20, 1954 in Portland, Oregon, son of Richard Norman and Sarah Ellen Wheatley Knudsen, passed away at sixty-eight years of age on Wednesday, April 13, 2022 at 2:40 a.m. peacefully in his home with his wife, Karen, by his side after succumbing to the incurable disease, ALS (Lou Gehrig’s disease).

While living a short time in Wendover, Utah, Mikel and his family were taught by missionaries of The Church of Jesus Christ of Latter-day Saints when Mike was nine years old. He along with his parents and older sister Karen chose to follow Christ’s example to be baptized in 1963.  Mike served a two-year mission to Sao Paulo, Brazil. Following his mission, he returned home to Oregon and met and married Karen Renee Snowball.

Mike and Karen were married for time and all eternity on August 7, 1976 in the Oakland, California temple of The Church of Jesus Christ of Latter-day Saints. Later, with three young children, Mike and Karen moved to Kaysville, Utah, shortly thereafter moving to Washington, Utah. There they raised their young family of five in the old Washington Fifth Ward.

As a general contractor, Mike was well known in the construction industry for his hard work, honesty, humor, and high quality. During the 2008 recession, Mike and Karen moved to Brenham, Texas for a number of years until moving back to St. George, Utah in 2014.

Back in Utah, Mike resumed his construction business, Mike Knudsen and Sons. Mike has blessed many families and individuals during his time on Earth as he has served as a counselor in bishoprics, as bishop himself, on the high council, as branch president while in Texas, etc., etc. Mike loves the Lord and has given his whole soul in serving God to the best of his ability. You could always depend on Mike Knudsen to step up and offer a helping hand. While not perfect, he was a true disciple of Christ. His world was turned upside down when in 2021 he learned he had the devastating disease, ALS. But with faith, trust in God, and his never-ending humor, he helped his family prepare for his upcoming departure with that same faith, and even helped them plan his “FUN-eral.” He insisted his funeral be FUN, with family, friends, and loved ones gathered as if at a family reunion. Mike continued to trust God to the very end. He knew where he was going. He made sure his loved ones knew they would be together again. Up until his last breath, with his wife by his side, hand in hand, he had peace.

He is survived by his angelic wife, Karen Renee Snowball Knudsen of St. George, his mother, Sarah Knudsen of Oregon, sister Karen (Lee) Dowdle of Oregon, and brothers Bruce (Vanessa) Knudsen of St. George, and Craig (Teresa) Knudsen of Oregon. His children and grandchildren will greatly miss their dad and grandpa...Jennifer (James) Llewellyn (Emma, Charles, Thomas, and Faith) of Texas, Christopher (Jamie) Knudsen (Hunter, Skyla, Jagger, and Hazel) of New Harmony, John (Tammy) Knudsen (Tanner, Addilyn, Preston, Jeffrey, and Aaron) of Nebraska, Cindy (Wayne) Millsap (Lydia, Dallas, Elise, Grant, Luke, and Mikelle) of St. George, Donna (Lon) Young (Keana, Kason, Kameha, Shaylie, Nic, and Peyton) of New Harmony. Mike’s family members who joyfully greeted him on the other side along with many other friends and family are his father, Richard Knudsen, and sister, Cathy Knudsen.

A viewing will be held at The Church of Jesus Christ of Latter-day Saints 2079 E. 2450 S. St.George, Utah on Friday, April 22, 2022 from 6:00 p.m. until 8:00 p.m. Funeral services will be held the following day, Saturday, April 23, 2022 at the same location with a brief viewing at 9:00 a.m. until 9:45 a.m., followed by the funeral services beginning at 10:00 a.m. Mike will be buried in the New Harmony, Utah Cemetery following the services. The family offers sincere gratitude to all who have loved and blessed the life of Mikel.

To send flowers to the family in memory of Mikel A Knudsen, please visit our flower store.
Send a Sympathy Card