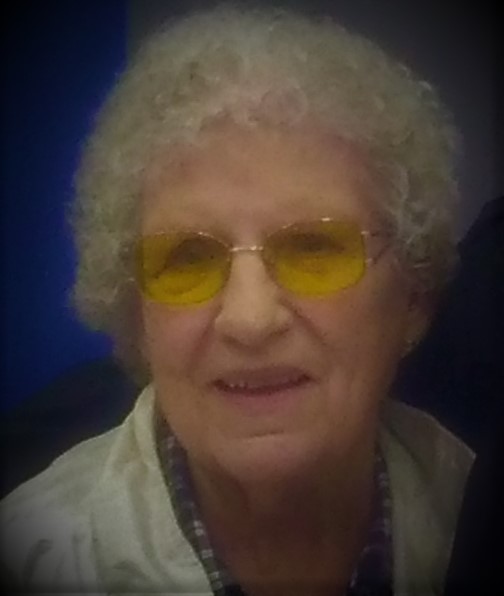 Mildred “Millie” (Patty) Taylor, 87, passed away on February 25, 2020 surrounded by family and friends at her home in Hildale, Utah. She was born in Waukegan, Illinois on May 17, 1932 to Perry Mason Patty and Arkie Louise Miller. She met the love of her life, AJ Taylor and was married on June 24, 1950 in Zion, Illinois at the age of 18.

Millie was a family woman. She enjoyed having parties and holidays with family and friends telling stories and visiting. She was a wife, mother, grandmother, great-grandmother and friend. She spent her latter years enjoying the company of her great-grandchildren.

Before she lost her sight to macular degeneration, she LOVED to shop. If she seen it on TV, she had to have it! One of her favorite hobbies was painting.

She was a very loving and caring person that just enjoyed people.

Her and AJ moved to Alaska from Illinois following work for AJ. For years she worked at the Art Center for her long-time friend, Wilma Jennings. Millie had a knack for framing art. She loved what she did.

In May of 1992, she lost her husband, AJ, to a battle with pancreatic and liver cancer.

She then worked at Sam’s Club with a great group of women including her best friend, Sandra Widener. They always chatted about their days and had lunch together often. After Millie moved to Arizona, they kept in touch talking to each other every day. She was always looking forward to those calls.

Before moving to Arizona, in October 2007, she lost her only son, Roger Dale, to complications with COPD and Congestive Heart Failure.

Grandma will be sorely missed by all.

She is proceeded in death by her parents: Perry Mason and Arkie Louise, husband AJ, son Roger, Brothers Ralph, Clyde, Mason, and Hoyd, and sister-in-law Phyllis.

Funeral services will be held in Fairbanks, Alaska in June. She will be laid to rest with her husband and son at Birch Hill Cemetery. More information will be posted as it gets closer to June.

To send flowers to the family in memory of Mildred "Millie" Patty Taylor, please visit our flower store.
Send a Sympathy Card