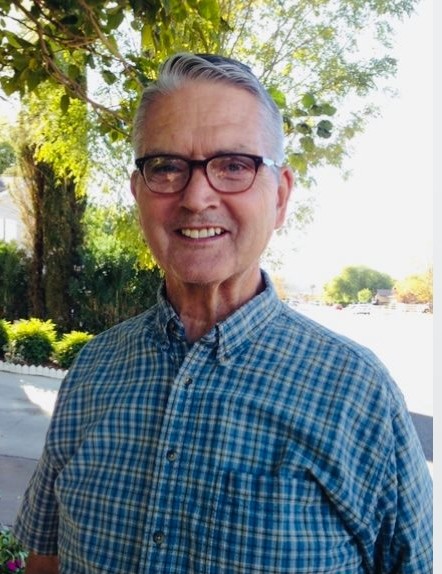 Myron Leroy Fox Jr. (Leroy) returned home April 23rd, to his Heavenly Father for a long-awaited reunion with his parents, sisters and first wife Ruelene B. Fox. Leroy battled stomach cancer valiantly the last few months of his life. He was surrounded by his loving wife, Sherrie and children before his final return.

Leroy was born March 13, 1945 to Myron Leroy Fox and Mamie Arnold Lindsey in Oakland, CA. Leroy was the first son born after 4 daughters and was soon followed by his younger brother. Leroy's father served in the Coast Guard and in the Navy during WWII. Their family lived along the Washington, Oregon and California coast. Leroy loved the ocean and the coast his whole life. As a teenager his parents moved to Granger, Utah and Leroy graduated from Granger High School in 1964. Leroy served an LDS mission to Palmyra, New York and participated in the Hill Cumorah Pageant, while there he played the part of Jesus in one of the scenes and needed a raincoat for it. Ruelene at 6'2" was the only one who had a raincoat long enough for his 6'5" frame. Leroy loved the gospel and shared his testimony & faith with his children often.

Leroy & Ruelene were married June 26th, 1968. During their marriage they welcomed 7 children to their home. They lived in Granger, Ogden and St. George, Utah. Leroy loved adventuring with his family "just to see where this road goes". He was always up for searching for petrified wood. Leroy and Ruelene created a small business called Fox Originals, creating miniature nature scenes with petrified wood. Leroy lost his wife Ruelene February 26th, 2001 to leukemia after a 3 1/2-year battle with cancer. He stood by her and supported her through the whole battle.

Leroy was well known from his career with the Utah Drivers' License division, where he was a Hearing Officer & an Examiner.  Everyone knew him as the tall handsome man with silver hair.

Leroy was so blessed to find Sherrie Houston and was married to her November 23, 2001 on her birthday. Sherrie had 6 children to add to the crew, together a total of 13 children. Leroy and Sherrie have shared nearly 20 years together. They have enjoyed horticulture, gardening and share a love for their children. Leroy never liked to be idle and in his later years he collected the stems from the desert spoon plants and turned them into walking sticks for his friends and family.

To send flowers to the family in memory of Myron Leroy Fox Jr., please visit our flower store.
Send a Sympathy Card