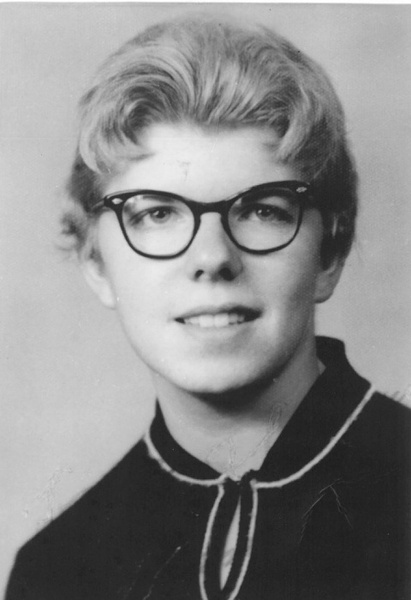 Nancy, the second of six children was always a wonderful help to her mom and had a deep affection for her siblings. She was baptized and confirmed a member of the LDS church on June 4 1950. Nancy grew up in the Salt Lake area, where she was swept off her feet by the love of her life, Terry Warren Abplanalp. They married on August 2, 1958 and were sealed for time and all eternity on Sept 7, 1962 in the Logan Utah temple.

They were blessed with three children. Tori and Lori were born in North Carolina while Terry was stationed at Cherry Point, and they were sealed to their parents on Sept 7, 1962. Scott was born later, after they returned to Salt Lake City and was born in the covenant. They raised their children in Cache Valley and later pursued opportunities in Southern Utah, eventually settling in Ivins.

Nancy served in numerous church callings through the years, and she was especially fond of working with children and the young women of her ward and stake. She loved to serve and put her whole heart into what she was asked to do, even when it required real physical labor.  Her testimony was always on the tip of her tongue, and she shared it constantly. Some of her most cherished times were serving alongside Terry. They served for many years cooking, feeding, and cleaning up at young women’s camps. She also had the opportunity to serve as a missionary with Terry in the Atlanta Georgia Temple. Finally, Nancy served as an ordinance worker in the St. George temple.

Nancy worked many years in banking. She was a member of a Professional Women’s Business Association in Logan. She spent many years as a loan officer and eventually transitioned away from banking and finished her career working for St. George City.

While Terry was the love of her life, the true joy of her life was to spend time with her family, whether it be camping, shopping or celebrating birthdays or holidays. Nancy was always a great example to those around her. Her strength and love were immeasurable, and she will be dearly missed by all that knew her.

To send flowers to the family in memory of Nancy Louise Abplanalp, please visit our flower store.
Send a Sympathy Card