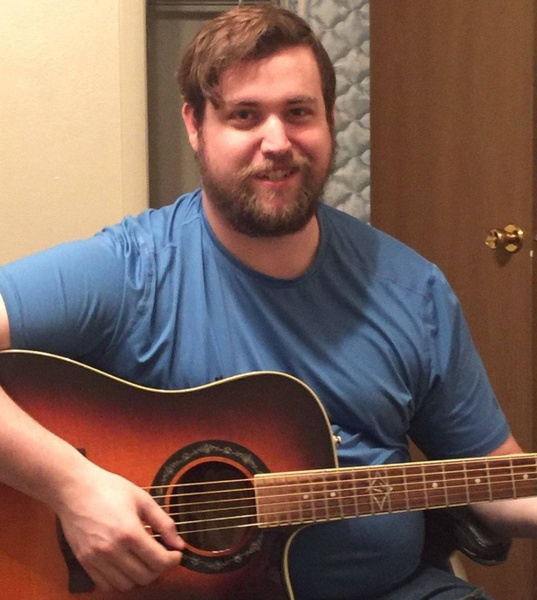 Nathan Robert Lavoie, 28 years old died on January 3rd, 2022, in Provo Utah. Nate had been on a ventilator in the ICU at Utah Valley Hospital for almost a month, fighting for his life against Covid pneumonia. The Lord took Nathan by the hand as a beautiful sunrise shone on the horizon out the window of his hospital room. Nate got the biggest firework in all the solar system—the sun.

Nathan was born on the 14th of July, 1993 in Bozeman, Montana. His mother Carol would tell him that his birthday was so close to the 4th of July, the fireworks were for him. After moving several times, his mother and biological father divorced in South Dakota. Carol remarried, making Nathan the beloved stepson of Mark Huebner. Soon after, Nate was joined by 2 sisters, Natalie and Catherine. Enamored by the beauty of Southern Utah, the family moved to St. George where Nathan started school at Fossil Ridge Intermediate. Nathan wanted a dog so badly we finally gave in and let him pick out a rescue from the St. George shelter named Polly Wolly Doodle Dog. Nate and Polly were as close as a young boy and his dog could be.

Nate had a passion for music, as was evidenced by him learning guitar all on his own and playing piano by ear—both skills that improved to the point where he was writing his own excellent songs. Nathan attended Pine View Middle School when his mother Carol— his math teacher—sat him right in between the two prettiest girls in the class. That shy boy didn’t say a word to either one of them, much to his mom’s chagrin!

While attending Pine View High School, Nathan excelled in math and most importantly to him, was a member of the Trilogy Honor Choir. Never one to jump out of bed early on a school day, Nate was up and out the door by 6:00 AM to practice with this group.
After graduating from PVHS with honors, Nathan attended Dixie State as well as Dixie Tech, earning several IT certifications. He loved all things tech and became the family “go-to” whenever computer issues arose.

Nathan moved to Provo with his fiancé, Tessa Thompson. The two had plans to marry in the future, go back to school, and start a family. Nathan was planning on studying to become a music therapist—a perfect fit for a young man with a huge heart and an ability to communicate through music. Sadly his life was cut short before any of those things could happen.

Nathan is survived by his mother and stepfather Carol and Mark Huebner, his sisters Natalie and Catherine Huebner, his fiancé Tessa Thompson, and his adorable rescue dog Sokka.

May all the fireworks in the heavens shine for you, Nathan. We love you always.

Services include: A viewing at Hughes Mortuary on Saturday, January 15th from 11:00 AM – 12:30 PM, followed by a graveside service at Tonaquint Cemetery at 1:00 PM.

A Celebration of Life memorial service will be held at 1:00 PM on the following Saturday, January 22, at South Mountain Community Church, 3158 E 2000 S, St. George. The sharing of memories, music, and Costco Pizza with lots of ranch dressing will be served in honor of Nate’s favorite meal.

To send flowers to the family in memory of Nathan Robert Lavoie, please visit our flower store.
Send a Sympathy Card