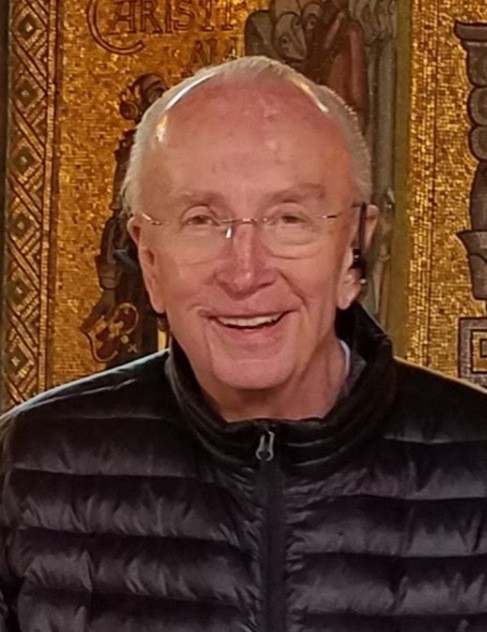 Nolan Mace Loftus was born in Ogden, Utah on November 24, 1940, the eldest child of Wesley Lynn Loftus and LaVon Truth Socwell Loftus. He began his life-long career as an entrepreneur at an early age taking the neighborhood trash cans to the curbs for five cents each.  He had an adventuresome spirit, which would last throughout his life.  Nolan graduated from Ben Lomond High School and attended Weber State College while working for Sperry Rand.  Seeking better opportunities, he went to Southern California and was employed by McDonnell Douglas as a Quality Engineer.  This led to his assignment at Cape Kennedy during the Apollo program.  He was part of the space launches seven through eleven.  He was deservedly proud of this time of his life at the young age of 27.

During Nolan’s life he owned and operated several businesses, which showed his entrepreneurial spirit: jewelry manufacturing, semi-truck management, gold mining, rentals and industrial equipment sales.  He was happiest when developing or building something, whether it be a business, a home, or a raccoon trap.  His creative ingenuity can be seen in all his projects.  His often-blunt manner left no doubt about what he was thinking, but it was tempered by a wry sense of humor.

In 1966 Nolan married Diane Martin, to which a son, Mace, and daughter, Krista, were born.  They were later divorced.

Nolan married Alanna Qualls Swanson in 1975. He told her often that she was his “everything”.  During their 44 years of marriage, they enjoyed building businesses together and traveling extensively.  They became “snowbirds” after retiring, spending the Winter months in St. George, Utah.  They enjoyed classes at Dixie State University ICL Program and hiking in the area.  Many wonderful friendships were created during that time.  Nolan is a member of the Church of Jesus Christ of Latter Day Saints.  He served a three-year mission at Temple Square and Conference Center as a Guest Service Missionary, among many other assignments.

Nolan is survived by his wife, Alanna, son, Mace (Terie), and daughter, Krista, four grandchildren, Lana, Randee, Karli and Ian, and four great grandchildren.  He is also survived by sisters Pamela Ward, Christine Call, Renee Harrah and brother, DeLos, and many nieces and nephews. To honor his request, there will not be a funeral.  A Celebration of Life will be planned later.  Should you want to honor Nolan, please donate to your favorite charity or help someone less fortunate, as he so often did.

The family would like to thank Marty and Valarie Qualls and Rex and Kay Peterson for their forever love and support, the many friends who supported him, Dr. Richard Hall, Dr. Carl Gray, Jan Davis, Dr. Joseph Te and staffs for giving Nolan the last four years of life.

To send flowers to the family in memory of Nolan Mace Loftus, please visit our flower store.
Send a Sympathy Card