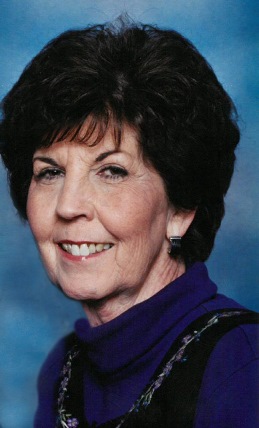 St. George, Utah – Ora Fern Zabriskie Gerber, 73, passed away on July 1, 2016.  She was born December 2, 1942 in Los Angeles, California to Horace Marlo Zabriskie and Sarah Margaret Henderson. Ora grew up in Los Angeles California and graduated from George Washington High School in 1960 and went on to earn her cosmetology license.  She married Delbert Ervin Gerber on November 25, 1961 in the Los Angeles, California LDS Temple. She was an active member of the Church of Jesus Christ of Latter-day Saints and served in many callings including Relief Society President in several wards where she touched the lives of many families.  She served faithfully in the St George Temple for five years. She found great joy in serving family, friends, ward members, and those in the communities where she lived.  She loved and cared for the elderly in the retirement homes where she worked.  When not serving those around her she enjoyed gardening, crochet, cooking, and spending time with her grandchildren. She is survived by her husband Delbert Ervin Gerber; her five children Jeffery Alex Gerber, Darren Keith Gerber, Rachel Marie Gerber Lewis, Melinda Rae Gerber Memmott, Jared Scott Gerber, and Dan Reed (honorary son); her sister Zelda Zabriskie Johnson; and seventeen grandchildren and one great grandchild. Ora is preceeded in death by her brother George Horace Zabriskie, her sister Margarete Ann Henderson. Funeral Services will be Thursday, July 7, 2016 at 3:00pm with a viewing from 1:30 to 2:30 pm that same day.  Services will be held at the Sky Mountain LDS Chapel 452 N 2600 West, Hurricane UT.  Interment will take place on Friday July 8 at 2:00 pm at the Utah Veterans Memorial Cemetery at Camp Williams, Bluffdale, UT.

To send flowers to the family in memory of Ora Fern Gerber, please visit our flower store.
Send a Sympathy Card