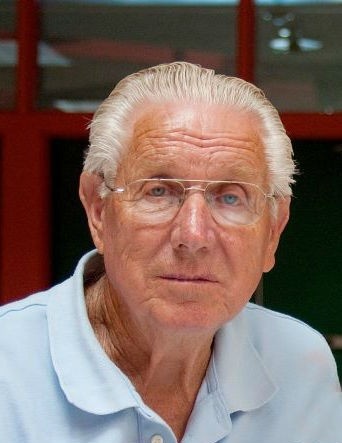 Springdale, UT - Oscar Rolfston Johnson (O.R. or Rolly to some) was born November 15, 1933 in Springdale, Utah, the fourth child of Alfred Oscar and Jeneva  Humphries Johnson. His family was living in a temporary home consisting of wooden plank walls with a canvas roof. This crude dwelling was located near where the Springdale fire station is today, and about a quarter of a mile from where his father eventually built a permanent home. Oscar  later built his own home next door to his parents and has resided there for nearly 60 years.

After high school, Oscar decided to venture away from Springdale for education and employment. He worked as a bellhop at the north rim of the Grand Canyon for a summer, making many friends and acquaintances. Even into his 80’s he could still sing the bellhop song that was sung to all arriving guests at the lodge.  Oscar’s next stop was at Brigham Young University for a bit of education. When money ran out for schooling, he got a job in Henderson, Nevada working for Titanium Metal.

Oscar met his wife Frances Jane Dailey the summer of 1955 at a Saturday night dance in Springdale. It didn’t take them long to decide that marriage was in their future. That future arrived a bit earlier than they had planned when Oscar received his draft notice. They were married on October 7, 1955 in the St. George temple and Oscar left seven days later to begin basic training. Oscar served for two years with the Big Red One, 1st Infantry, stationed at Fort Riley, Kansas.  After being discharged from the Army, Oscar and Frances moved their young family to Burbank, CA where he began learning the building trade from his father-in-law. In 1960 they moved back to Springdale to work in the family business and raise a family.

Oscar served in many church callings, including Bishop of the Springdale Ward from 1975 to 1981. During this time a new chapel was built and Oscar oversaw the gathering and sorting of the native stone that was used on the building.  He also served for several years on the Springdale Town Council, and in November 1985 was elected as Mayor of Springdale. Oscar worked as a builder for more than 50 years all over Washington County and has built, remodeled or repaired  hundreds of homes and businesses during his career.

Oscar is preceded in death by his wife, parents and siblings: Dallas, Cherrill, Carma and Dennis. He is survived by his three daughters, Janet (Anthony) Barlow, Nanette (Ronald) Buck and Lori (Myron) Durrant, 10 grandchildren and 11 great grandchildren.

To send flowers to the family in memory of Oscar Rolfston Johnson, please visit our flower store.
Send a Sympathy Card