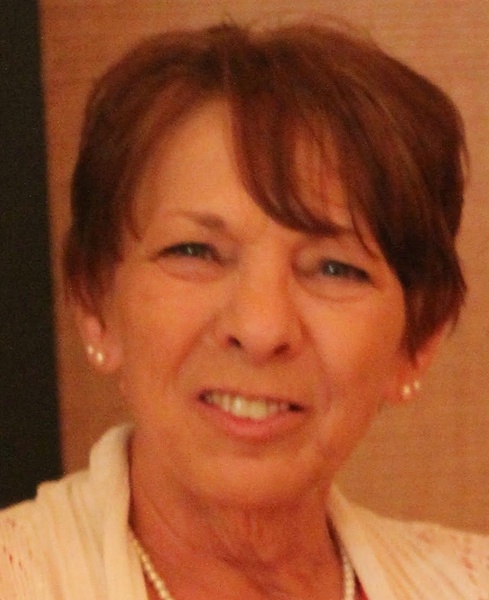 Our mother, grandmother, sister, daughter, and friend gained her wings on February 10, 2022. She was surrounded by her family that was always the center of her world. She is now at peace after reuniting with her daughter Jackie who we all said our goodbyes to less than two years ago. We are heartbroken. We are also comforted in knowing that her body and mind are restored, and she can feel joy again.

She was born on September 10, 1951, to Dick Lucas and Melba Smith. After a tragic accident, her father passed away when she was only 11 months old. When she was 16 years old, she was blessed to have George Jack Smith become the man she could call “dad” and she adored him. She has missed him so much since his passing and is now getting one of his big bear hugs that she has needed for so long. We are all jealous because we miss those hugs, too.

She married Hal Jones (later divorced) and had four children who always knew that they were loved by her. She worked hard to provide a loving home with great memories and a strong sense of family. She later married Robert Nuttall (now deceased).

She grew up in Provo, Utah and raised her family in Payson, Utah. Never a fan of being cold, she later moved to the St. George area where she and Bob built their life together. She met some amazing people to call her friends while working at the Wal-Mart Distribution Center where she spent the majority of her career in retail and later retired.

Mom was a quiet and private person. Most people wouldn’t know everything she has endured in life, especially how hard the last several years have been for her. Through it all, she has always been a support for those in need and found herself taking care of others long before herself. Her unconditional love and perseverance through tough situations have been extraordinary to witness. She has always been there for us with her sense of calm advice and loving support, even when she knew we were probably making the wrong decisions. She was small, but mighty. If you messed with her kids (or were her kids and finally crossed the line – it happened sometimes), she could stand on her own. It’s finally her turn to rest and find the peace and joy that she deserves.

She is survived by so many people that are going to miss her and feel incredibly blessed to have had her as an example in their lives. Her children will never be the same without her to call, visit, or nag to take her meds: Tonya Edvalson, Gene (Jessica) Jones, David (Melodie) Jones. She adored each of her perfect grandchildren: Gage (Magen) Edvalson; Erik Edvalson; Shelby (Harley) Dahl; Garrett Marchbanks; Corynn, Brooke, and Lucas Jones; Reese, Bryant, Sarah Grace, and Cortnie Jones; Braden, Lydia, Liam, and Grayson Hanners. Two great-grandchildren brightened up her face whenever they were mentioned: Reagan and Blakelee Dahl. She will always be grateful for Bryan Edvalson, Janet Clark Jones, and Val Marchbanks who gave her the grandchildren who brightened her world. She is also leaving behind her mother, two sisters, and a brother: Beth Lucas, Tena (Greg) Andersen, and Darrell (Sherry) Lucas. She has nieces and nephews that are going to miss the woman that they considered as a “second mother.” She was preceded in death by her husband; her daughter; both of her fathers; an infant brother; and her younger brother and older sister, Dick Lucas and Dixie Taylor.

Our gratitude to the team at Dixie Home Rehab and Hospice along with everyone that cared for her at Beehive Homes is immeasurable. The love, compassion, and care that has been extended to our mother and our family throughout this difficult process will never be forgotten.

Her final resting place will be in Chester, Utah next to her dad, where she always felt the most safe, and she can be at peace next to our sister.

Mom, we love you. We will miss your laugh and your strength. Please tell Jackie hello for all of us. Until we gain our wings and can hug you again, we will find you in the faces of our children, memories that are sparked in the most unlikely (or likely) of places/times, and in our homes with all the treasures you have left behind for us.

To send flowers to the family in memory of Pat Nuttall, please visit our flower store.