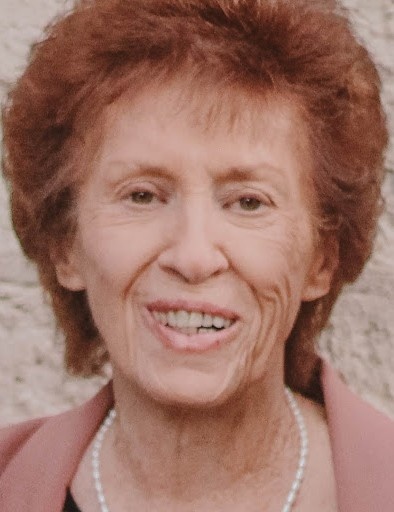 Patricia “Pat” Ann Campbell Blake returned to her Heavenly Father  on Wednesday, August 21, 2019 in St. George, Utah. Patricia was born May 5, 1940 to Lloyd (Speck) and Jessie (Graves) Campbell. Pat moved to St George in 1957 with her sister Betty and brother-in-law Franklin Johnson. Pat and Red were married three months later, in December of 1957. They were sealed in the St. George LDS Temple on October 19, 2013.

Pat and Red moved to Las Vegas in 1962 to further Red’s career in painting cars and then moved back in 1971 to St. George. Pat worked at Kelly’s and Dick’s Cafe, Dick always told her she was one his best waitresses ever. In 1979, Red and Pat opened Blake’s Auto Body; in 1987  they opened Blake’s Auto Recycling & Salvage, the first recycling facility in St. George.

Pat enjoyed bowling and being on a bowling league with great friends and family.  She also enjoyed a game of Bingo.  Pat loved Elvis and was able to see him twice.  She also loved the Eagles and her favorite song was “Wasted Time”.  Pat loved being surrounded by family and friends and enjoyed many vacations with them to various locations.  Pat loved everyone she met unconditionally and was giving and kind to all people she encountered.  Pat was an excellent housekeeper and loved her beautiful home that Red built for her.  Pat was a hard worker and a great business partner to Red.  Pat enjoyed shopping and finding good deals.  Pat loved going to the Drag Races in Las Vegas and was an avid Force Family Fan. Pat was an excellent cook and some of her favorites were Scalloped Corn, Dixie Salad and Grandma’s Special Noodles.

Pat loved traditions, she created many for her children, grandchildren, and great-grandchildren. She loved getting her hair and nails done and was such a classy lady.

Pat was an active member of the Bloomington Hills 1st ward and had a great love of the Lord and her 1st ward family.

Red and his children would like to thank family, friends, and church family for their help and support with Pat.

To send flowers to the family in memory of Patricia "Pat" Ann Campbell Blake, please visit our flower store.
Send a Sympathy Card