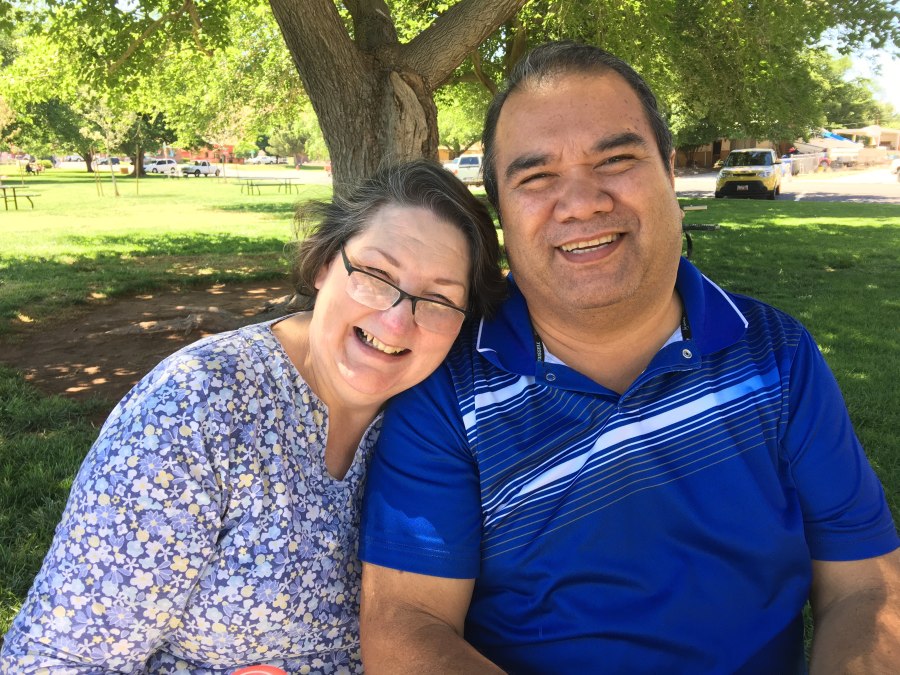 Patrick Michael Napua Keanaaina passed away peacefully after a long battle with cancer on September 3, 2018 in his home, surrounded by family.

Michael was born on February 14, 1958 in Kealakekua, Hawaii to parents, John Ioane Keanaaina Sr. and Nani Emily Cornelio. He was raised on the Kona Coast of the Big Island of Hawaii. He graduated from Konawaena High School in 1975, and attended Brigham Young University, where he met and married his sweetheart, Karyl Lyn Fisher. Michael and Karyl moved to Brigham City in 1979 where he worked for Morton-Thiokol as an electrician in the Flares Division. He continued to pursue becoming a master electrician, and was an electrical contractor with master electrician status at the time of his death.

Michael was raised in a very musical family and was an accomplished guitar, bass, and ukulele player, as well as a singer and professional entertainer and musician. He and his wife Karyl performed regularly, and passed their love of music on to their children and grandchildren. He also enjoyed hunting, fishing, and many other outdoor activities.

Michael was dedicated to public service, and served as a Scout Master in the BSA for 25 years. He positively influenced many young men and helped them get their Eagle Scout commendation. He was highly involved in his church, and served in many callings, including: Bishop (Kona First Ward & Lanakila Ward), Bishopric Counselor, High Counselor, Sunday School Teacher, Gospel Doctrine Teacher, Young Men’s Advisor, Temple Worker, and served as a missionary in The Church of Jesus Christ of Latter-Day Saints Records Operations Center.

To send flowers to the family in memory of Patrick Michael Napua Keanaaina, please visit our flower store.
Send a Sympathy Card