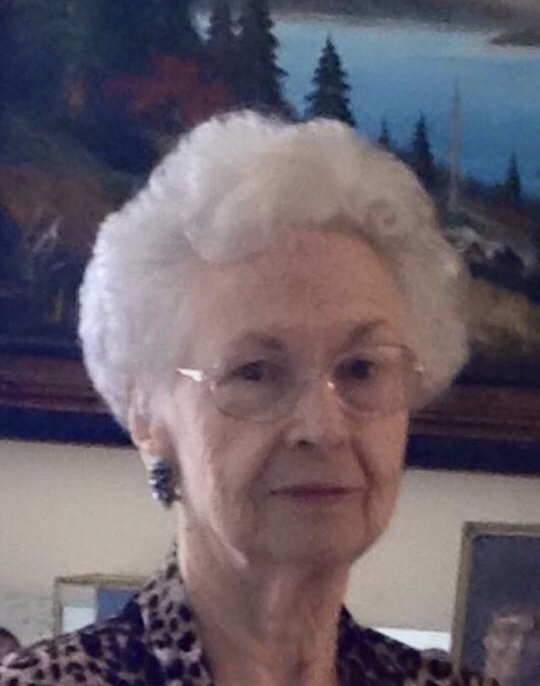 Our beloved Mother, Pattie Lurrine Thacker Richards went home peacefully to be with God, Angels, and her family on the other side of the veil, Tuesday, December 11, 2018 in St George, UT. She was 93 years of age.

She had the opportunity of saying her goodbyes to her kids, grandkids, great grandkids, family and dear friends, days before her passing.

Pattie was born in Mt. Emmons, Utah on April 6th, 1925, daughter of LeRoy and Weltha Osborn Thacker, she was the 8th child of 14 siblings.

She married Thomas Andrew Richards on May 5, 1944 in Salt Lake City, UT and later sealed for Time and Eternity in the Jordan River Temple.

Pattie was a member of The Church of Jesus Christ of Latter-day Saints where she held several callings. She served as a compassionate service leader and visiting teacher for many years.

Pattie was blessed with a great gift and talent for music. She loved to sing and play instruments. As a small child she learned to play the piano by ear. She never learned to read notes and had memorized over 500 songs. At the age of 14 she accompanied her parents and played at dances, weddings, missionary homecomings and soldiers farewell’s. It was at one of those farewells where Tom, her husband to be, laid eyes on her. It was love at first sight. He asked Patties’ Father LeRoy if he could take her home, he consented, and the rest is history!

Pattie played the piano, organ and accordion throughout her life at rest homes, the Utah Arts Festival, weddings, and other events such as family reunions.

She was commissioned by the Utah Arts Council to teach old time music, where she made new friends with the same interests and even recorded her music.

Pattie also had gifted hands for baking. Homemade breads, cookies, cakes, cinnamon rolls and all of her delicious soups and other amazing dishes. They will be missed forever. She left many recipes for us to treasure.

She also had to face a great deal of physical challenges throughout her life. She survived many surgeries and diseases and lived most of her life in chronic pain, but the Lord gave her the strength to endure to the end.

To send flowers to the family in memory of Pattie Lurrine Thacker Richards, please visit our flower store.
Send a Sympathy Card