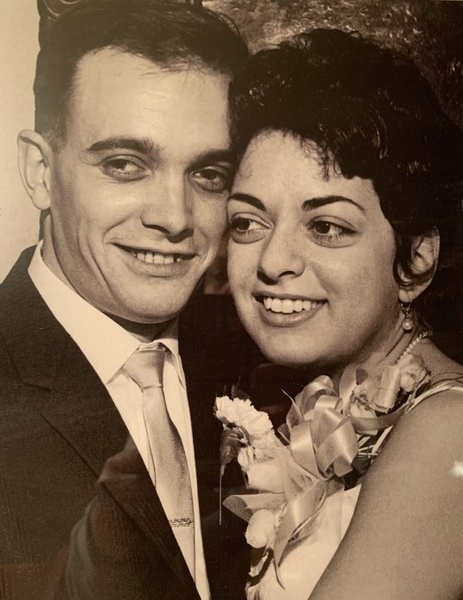 Shortly after her two daughters were born, the family moved from Maryland to Asheville, North Carolina (1971), then on to California (1972), where the family remained until Juan and Paula moved to St. George, Utah in 1996.  Paula had a high school diploma and also took college classes in accounting and shorthand.  She enjoyed volunteering at Oso Avenue Elementary School in Woodland Hills, CA., where her two daughters attended. She also was a member of the PTA (Parents Teachers Association) for 5 years.  She often referred to that time in her life as being the “best days”.  Later, she worked for the Los Angeles County Unified School District (LAUSD) as a secretary in the offices of various schools.  When the family moved to the Antelope Valley in California, she worked as the timekeeper in payroll for the L.A. County Sheriff’s Department from 1981 to 1986.  Her final job until March, 2018, was being the accountant for her husband’s business, where they worked side by side. Paula became a member of the Church of Jesus Christ of Latter Day Saints in 1986, and was sealed to her husband for time and all eternity in the Los Angeles Temple on June 20th, 1991.  Paula was a very dedicated wife, mother and grandmother.  She enjoyed her grandchildren and other children and served in her Church’s Primary as a teacher for 11 years.  She passed on many good traits to her daughters, including cooking from scratch, maintaining Holiday traditions, and cleaning (with Clorox).  She loved Disneyland, playing Scrabble with her family, and wearing her overalls!

Paula is survived by her husband of 55 years, Juan J. Madeira; by her two daughters, Mercedes A. Madeira and Susie A. Iverson; by her three grandchildren, Jason J. Rabbitt, Alexandra A. Rabbitt, and Nicholas M. Rabbitt; by her two great grandchildren Ryu J. Hatch and Lydia M. Rabbitt; and by her sister, Angela Delcorio, and niece, Angela Santmier, who reside in York, Pa.

She is preceded in death by her parents, Angela Carril and Henry Martinez.

There will be a graveside funeral service at Tonaquint Cemetery on Saturday, December 29th at 12:00 pm.  with the interment to follow.

To send flowers to the family in memory of Paula Madeira, please visit our flower store.
Send a Sympathy Card