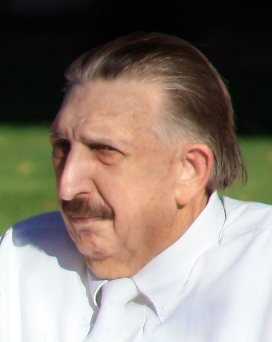 St. George, Utah – Perry Que Draper, age 79, passed away on Friday, September 23, 2016. He was born on December 24, 1936 in Moroni, Utah, to Woodrow Que and Blanche Yvonne Rasmussen Draper. Que married Joyce Jacob in Orem on October 11, 1956. They were later divorced. He married Rosemary Middaugh in Salt Lake City on September 1, 1973. Que’s faith, iron will, and love for family sustained him as he overcame significant health challenges which began with conquering polio at a young age. He was a High Priest in the Church of Jesus Christ of Latter-day Saints and served in many capacities. Extracting names for the genealogy program was one of his favorite callings. He worked in the restaurant industry and managed JB’s Restaurants for years. Que was a fighter, a strong survivor who enjoyed John Wayne movies, basketball (especially the Stockton and Malone years with the Utah Jazz), raising chickens, turkeys, and other animals, and cooking delicious food, especially at the holidays. Every evening he and his loving wife, Rosemary, would share stories, laugh and sing together. She was the light of his life. Que is survived by Rosemary; his brother, Jerry Draper (Gail); and his sister, Sheila Crosby (the late Wayne); nine children: Pamela Shaw (Dave), Richard Draper (Kelly), Brian Draper (Terri), Shari Hoover (Ken), Todd Draper (Keely), Daren Draper (Ronda), Lisa Best (Brent), Cheri Johnson (Dale), and Melissa Crump; 46 grandchildren; and 39 great-grandchildren. He was preceded in death by his parents, a daughter, Annette Pelletier, and a son, John Pelletier. Family and friends may call at a visitation to be held on Saturday, October 1 from 9:30-11 a.m. at Hughes Mortuary, 1037 E. 700 South, St. George, Utah. Interment will follow at the Hurricane City Cemetery.

To send flowers to the family in memory of Perry Que Draper, please visit our flower store.
Send a Sympathy Card