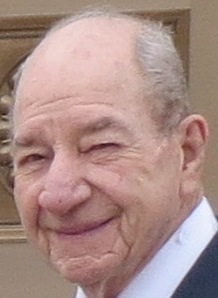 Richard Jennings Brewer, age 86, passed away on February 3, 2020 from complications of congestive heart failure at his home in Washington, Utah. Richard was born on April 21, 1933 in Centerville, Mississippi to Thimus Houston Brewer and Phalby Annaliza (Dolly) Bryant. Richard graduated from Oak Grove High School in 1950. Richard served in the U.S. Air Force as a security forces member. His military service lead him to Utah where he resided for the remainder of his life. Richard was employed at Hill Air Force Base for 35 years as a munitions planner, where he later retired.

Richard later married Ellen Morgan, also later divorced. Sons Michael and Ted were born to this union. Michael passed away in 2014 from cancer.

Richard married Gail Clawson Wilkes. Brad and Debra Wilkes became step-children to Richard at this time. Gail passed away in 2008 from cancer.

Richard enjoyed bowling, camping, and traveling with friends. He also collected and restored antique cars and enjoyed showing them at car shows. He rarely missed an opportunity to watch his grandchildren participate in sporting events and dance recitals. Sleepovers and root beer floats at Grandpa's were favorite events for them. Richard was a master handyman and also enjoyed painting in later years.

Cremation under the direction of Hughes Mortuary in St. George, Utah. At Richard's request, there will be no services or burial.

To send flowers to the family in memory of Richard Jennings Brewer, please visit our flower store.
Send a Sympathy Card