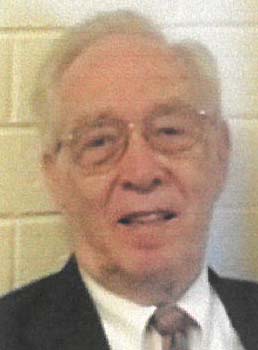 Richard Willard Gailey, passed away on Monday, October 7, 2019 in St. George, Utah. Richard was born the 1st  of June 1934, in Logan, Utah to Joseph & Edith Gailey and taken home to Fairview, Idaho where he grew up. He graduated from Preston High School where he enjoyed his music and drama activities a great deal. He then attended BYU in Provo, Utah.  While at BYU he met his lifelong sweetheart, Anne Dietrick . They were married in the Los Angeles LDS Temple Aug. 10th 1956. He received his BS, MA, and later his EdD Degrees from BYU. Dick & Anne had six children, Chari (Larry) Garrett, Middleton, Idaho; Richard R. (Darlene) Gailey, Calgary, Alberta;  Robert Gailey, Utah; Michael (Christine) Gailey, Piney Creek, NC; Janelle Gailey, St. George, Utah and Christine Gailey Baresco, deceased. There are 15 grandchildren and there are currently 6 great grandchildren that have been the delight of his later years more than they knew!

The Richard W. Gailey family lived in Provo, Utah for 11 years while Richard worked for BYU in both the Motion Picture Dept. and later the Television Dept. They moved to Calgary, Alberta in 1967 where Dick established and directed the Television, Stage & Radio Arts Dept. for the Southern Alberta Institute of Technology (SAIT). He directed that department for 23 years until he retired in 1990. After retirement he was invited back for teaching special classes for two winters, which he did then going south for the rest of the winters eventually settling in St. George, Utah.

Dick loved the out of doors and his favorite Church calling was the Scouts where they could go camping in those beautiful Canadian Rocky Mountains. He was active in the Church of Jesus Christ of Latter-Day Saints all his life wherever they lived. He served in the scouting program, family history program and in two different Bishoprics.

After retiring, Dick & Anne lived in Creston, B.C.; Provo, Utah; Quartzsite, Arizona and St. George, Utah. Dick & Anne traveled  throughout 49 of the States and 5 of the Canadian Provinces in their beloved motorhome. In 1996/97 Dick & Anne served an LDS mission in Nauvoo, Illinois where they served as hosts in the wonderful historical sites and where Dick's ancestors had actually lived! Later they served two microfilming missions in the southern states for the LDS Church. While in the south they used Dick's skills for microfilming historical records and Anne's skills of organizing and indexing the records in the various counties. Family history and research were always a large focus of their retirement years. In his later years he was a leading indexer for 25 years no matter where he lived!  Only his deteriorating eyesight said job well done!

His parents and his daughter, Christine predeceased him. Surviving him are his wife, Anne, and 5 of their 6 children; their many beloved grandchildren, their six great grandchildren and his two sisters, Judith (Mel) McCoy, of St. George, Utah and Kathleen Ransom, of Smithfield, Utah.

Friends are invited to the funeral services at the graveside Tuesday, October 15, 2019 at 11:00 am at the Tonaquint Cemetery in St. George, UT.

To send flowers to the family in memory of Richard Willard Gailey, please visit our flower store.
Send a Sympathy Card