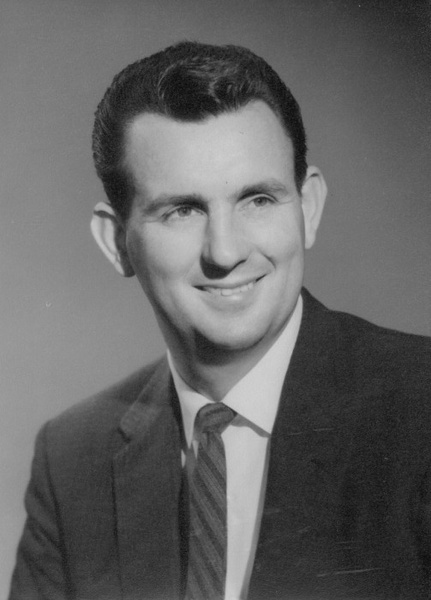 A strong spiritual, emotional, and intellectual guide was taken from our family upon his peaceful death on May 2, 2021. Richard Marchant Hatfield was born in Oakland, California on October 15, 1930 to Richard Frank Hatfield and Pearl Marchant Hatfield, the oldest of two younger brothers and a younger sister, Kenneth Hatfield, Mary Lynne Haslam, and Jerry Hatfield. He was raised in California during the Great Depression and World War II, trying but simpler times that shaped his work ethic and sense of value.

Richard made his way to Brigham Young University and successfully tried out for the varsity basketball team although he was ineligible to play immediately because of transfer rules. His playing career was cut short by a serious knee injury, but he became a lifelong Cougar fan. He earned a degree in business administration. He met his future wife in Provo, Marilyn Morrill, who survives him. They had a long, happy marriage of 64 years. Four children were born to them, Richard Marchant Hatfield, Jr. (deceased), Harlan Hatfield, Terri Jensen, and Lori Workman. Richard has 11 grandchildren and seven greatgrandchildren.

Richard was known for his quiet personality and strong leadership style. His family frequently moved across the country for Richard’s career in positions of leadership in the world of corporate and commercial real estate with Shell Oil Company, General Mills, and the Church of Jesus Christ of Latter-day Saints, and also included some construction ventures on a smaller scale in the pool and home building businesses. His sound judgment, sensitivity, and ability to work hard earned him the respect of his friends and colleagues.

After retirement, Richard and Marilyn served a full time mission in Russia where he focused on procuring meeting facilities. Richard and Marilyn moved to St. George where the family had vacationed and visited since the l980s and have lived there for the last 10 years. They found friends and warmth there. Richard loved to sit on the patio and swing in his patio swing, a gift from his children presented on his 90th birthday. He would have loved to spend a few more years there. Richard loved his family deeply and had faith that he will be with them all someday.

Funeral services will be on Monday, May 10, 2021 at 11:00 am in Provo, Utah at Nelson Family Mortuary located at 4780 North University Avenue with a viewing prior to services from 10 to 10:45 am.  Interment will follow the services at Eastlawn Memorial Cemetery in Provo, Utah.

The family is requesting that masks be worn for those attending the viewing and services.

Funeral will be live streamed for those unable to attend and available for viewing online after the services.  The link for live services will be active just prior to services and will be found below.

To send flowers to the family in memory of Richard M Hatfield, please visit our flower store.
Send a Sympathy Card