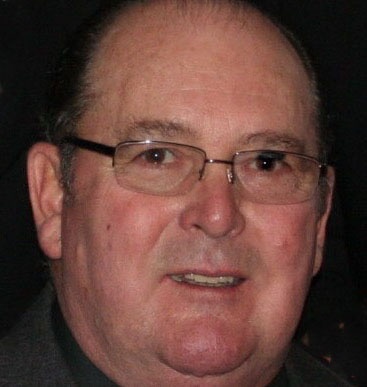 Richard Anton Knutson, 73, of Laverkin, Utah passed away at his home on November 3, 2017

Richard was born January 9, 1944 in Chamberlain, South Dakota to Robert and Evelyn (Kovanda) Knutson.  Richard was raised on the family farm near Pukwana.  He spent several years farming.  He moved to Idaho and became a hunting guide.  His love of farming brought him back and he did custom harvesting.  He worked for Paxton Harvesting.  His lifelong dream of owning his own harvesting company came to life with his partner Donnie Nelson.  Double D custom harvesting was born.  Every spring they started in Texas and moved north.  Richard’s pastimes were playing cards, hunting and traveling.

In September 1966 he married Kathy Brown.  They spent 24 years together before she passed away in February of 1990.

He was preceeded in death by his parents Bob and Evelyn, paternal and fraternal grandparents and his wife Kathy.

Harvest “Family”, Donny and Rena, Jerry and Shirley, Brian, Jackson and Pam, Dusty M. you have all been in his heart and he ALWAYS wanted only the best for you.

To send flowers to the family in memory of Richard Anton Knutson, please visit our flower store.
Send a Sympathy Card