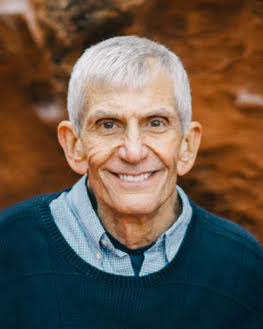 Richard (Rich) N. Lust of Washington, UT passed away peacefully of natural causes on Friday, July 26, 2019. He was surrounded by his family, in his home, overlooking the mountain scenery of St. George, UT. Rich was born May 3, 1949, in Tiffin, Ohio to Nevin J. and Mary Jo (Creeger) Lust. He was a loving husband, father, brother, uncle and grandfather and will be dearly missed.

Rich spent his childhood years in Tiffin Ohio. He attended Tiffin Public Schools and graduated from Columbian High School in 1967. Rich attended Heidelberg College, graduating with a BA in Political Science. In May 1972 he married the love of his life, Janeen Mount. Rich’s professional passion was teaching. He taught at Adams Junior High, Sandusky City Schools, Sandusky, Ohio from Fall 1972 to Spring 1976. During their summer vacations, Janeen and he explored the western states, where he fell in love with the Great American West. In 1976 they moved to Colorado where Rich joined the faculty at Centaurus High School teaching in the Social Studies Department. Rich was an avid “history buff”, he was particularly interested in US History and the Civil War period. While at Centaurus, the National Honor Society awarded Rich their Teacher of the Year Award in 1987-88, 1989-90, 1997-98, 2000-01,2003-04 and 2004-05.  He was voted outstanding teacher by the Senior Classes of 1998 and 2005. In 2003, he received the Boettcher Foundation Teacher Recognition Award and BVSD Superintendent's Honor Roll commendation. Rich felt humbly honored to receive these awards. In 2004, Rich retired from Centaurus.  In his retirement, Rich relocated to the mountains where he connected with their beauty and peacefulness. During this time, he worked at the Gilpin County Community Center in Gilpin County, CO for several years and enjoyed the camaraderie with co-workers and community members.

Rich was known for his stories, fantastic coffee, and punnier jokes. He loved his family more than anything. He felt most at peace in the mountains, surrounded by aspen trees and hummingbirds, and fly fishing in a small stream. Overall, Rich was a very kind and thoughtful man.

A Celebration of Rich’s life will be held at Boulder Valley Christian Church, 7100 S. Boulder Rd. Boulder, CO on August 17 at 1:00 pm.

Arrangements are made under the direction of Hughes Mortuary. Condolences and correspondence can be sent to Hughes Mortuary: 1037 East 700 South, St. George, UT 84790. In lieu of flowers, donations may be made to the Wounded Warriors Project in memory of Rich Lust. https://support.woundedwarriorproject.org/default.aspx?tsid=10043&ovr_acv_id=5246

To send flowers to the family in memory of Richard Nevin Lust, please visit our flower store.
Send a Sympathy Card