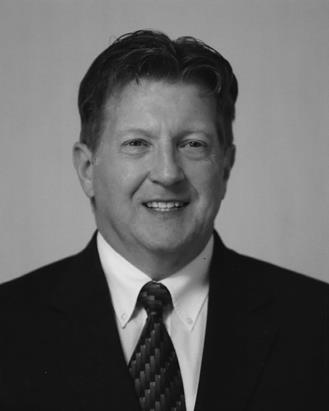 1952-2015, Beloved husband, father, grandfather, son, brother, and best buddy, completed his earthly journey November 7, 2015  in St. George, Utah after a courageous and valiant battle with interstitial pulmonary fibrosis. Rich was a great inspirational support to others in the I.P.F. community as well as an exemplary leader in his family, church and community.  Richard was born April 6, 1952 in Cedar City, Utah to Floyd J. and Colleen Munson Tucker. Rich spent his early years in Cedar City and always had a love and appreciation for his hometown.  Later during his Jr. High years he moved with his family to Price, Utah and while attending Carbon High School Rich met the love of his life Dana Hussey.  Rich graduated in 1970 and then attended College of Eastern Utah for a year before fulfilling a calling to the England Central Mission for the Church of Jesus Christ of Latter Day Saints from 1971 to 1973. While on his mission Rich served in many leadership callings including serving on the mission president’s special team called the Master’s Touch.  Rich and Dana were married in the Manti Temple upon his return from his mission and enjoyed 42 wonderful years together. Rich continued his education at the College of Eastern Utah earning a degree in health and safety while working at Plateau Mining Corp and starting his family of three sons and three daughters all born in Price.  Rich received the lifetime achievement award in Health and Safety for the State of Nevada and also for the Western States as well as many other notable awards in mining. Richard was a faithful and stalwart member of the L. D. S. church and he served willingly and lovingly fulfilling many leadership callings, serving in several bishoprics and as Bishop of the Price 8th ward. He especially loved his time as a temple worker in the Salt Lake City and St. George temples. Richard expressed often of his love for his wife and children and said they were his greatest blessings.  He loved spending time with them working, vacationing, worshipping and just being together. As the patriarch of the family he strived to keep the family ties strong. Rich had a great sense of humor.  He was quick witted and could make anything funny.  He was always making us laugh with his silly antics. Richard was a very generous and loving friend to all.  He was a great example to his family and left a legacy of faithfulness to God and service to all who knew him. Rich is preceded in death by his mother Colleen Tucker and his sister Phyllis Stewart. He is survived by his sweetheart Dana, daughters-Tiffani Talbot (Brayton) Eureka, Nevada, Taniel Sullivan (Lonny) Winnemucca, Nevada, Trisha DeLaPaz (Ben) Las Vegas, Nevada.  Sons -Bart (Ashlee) Brigham City, Utah Clinton (Megan) Spring Creek, Nevada and Garrett (Trisha) Las Vegas, Nevada. 20 grandchildren, Father Floyd J. Brother in Law Max Stewart, sisters Susan Jennings (Floyd) St. George, Utah, Jeri Gordon, St. George, Utah, and Nancy Ware (LeRon) Monroe, Utah and various aunts, uncles, nieces and nephews. The family will receive friends Thursday evening from 6 – 8 pm and Friday morning from 9 -10:30 at Morningside LDS stake center, 879 S. River Road, St. George, Utah. Funeral services, Friday, Nov. 13, 2015, 11am, Morningside LDS stake center.  Interment at Tonaquint Cemetery.

To send flowers to the family in memory of Richard Floyd Tucker, please visit our flower store.
Send a Sympathy Card