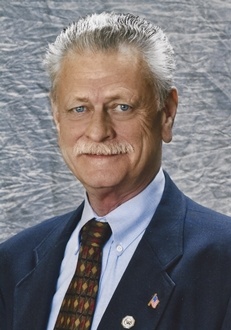 Richard Noel Westover, age 74, passed away February 7, 2016, in St. George Utah. He was born in Milwaukee, Wisconsin to Noel Edmond and Ruth Edith Nicholas. They preceded him in death along with one sister Elaine Westover Davis (Paul). Richard was born on September 4, 1941. He graduated from Edmunds High School in Seattle, Washington in 1960. He was a member of their Lutheran Christian Church. Dick entered the Air Force to serve his country in August, 1960. After graduating from the FBI Academy he became an OSI agent for 8 years in the US military. He fought in Vietnam where he was awarded the Purple Heart and many other metals. He left the service in 1968 as an OSI agent and Captain in the Air Force. His wife of 15 years, Donna Gail Dunn Westover, St. George Utah survives him. One daughter, Kimberly Grey Crouse (Dan), two grandsons: Casey and Tanner Grey of Rohnert Park, California. One son, Jim (Miho) Westover, and two grandsons: Dylan and Jordan Westover of San Francisco, California, stepson: Michael D. Truax of Louisville Kentucky. Dick started his own business in Santa Rosa, California in 1968, which he kept for 20+ years. After selling the business in 1982, he became the CEO of Goodwill Industries of Hawaii for 12 years. In 1995 he moved to St. George, Utah to take the job as head of the aviation department of the Eola Company as a pilot. In 1998, he left St. George and took a position as Vice President of Goodwill Industries of Kentucky, in Louisville. Leaving there, he and Donna retired in 2004 to Long Beach, MS, and lived there for seven years. They moved to St. George in November 2011. There, Dick was the president of the auxiliary of Memorial Hospital putting in around 10,000 hours of volunteer work. He was a Great War hero going back to Vietnam after being wounded, and a great American. He loved his country so much that after 9/11, he wanted to be an Air Marshall. Dick loved sports and was the greatest 49ers fan ever. He loves golf, Tiger Woods was his hero. He loved deep-sea fishing on the Beefeater and caught the second largest Marlin ever caught off the coast of Hawaii now that's a fish tale. Dick was also a great gourmet cook. Dick will be buried at sea per his request.

To send flowers to the family in memory of Richard Noel Westover, please visit our flower store.
Send a Sympathy Card