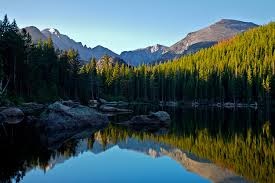 Robert Phillip Adams was born December 8, 1939 in Denison Texas to Henry and Mabel Adams. He passed away in St. George, Utah on December 2, 2020
In his early teens his parents moved the family to DeKalb, TX where they operated a dairy. His parents were invited to Austin Chapel Missionary Baptist Church. It was in that church at the
age of 15 that Robert accepted Jesus Christ as his Savior and Lord. He began a personal relationship with God and began His walk with God--being a part of what God was doing
wherever he went. He graduated from DeKalb High School in 1958 and went to Texarkana Junior College for 1 year. The summer after that first year of college he went to the Texas
Panhandle for a summer job, to earn money to go to the University of Texas. It was there in Gruver, Texas that God brought Janice Etling into his life. After graduating from the University
of Texas in 1962, he and Janice were married and moved to Palo Alto, California to begin their life together. They became members of First Southern Baptist Church in Palo Alto and began
serving the Lord together over the next 58 ½ years of being married.

Robert received his Ph. D in Botany and Biochemistry from the University of Texas in 1969. His dissertation was "Chemosystematics and numerical studies in natural populations of Juniperus." His research in graduate school began a 51 year career studying Juniperus (cedar trees) all over the world. His travels, with Janice, Jessica (born in 1965) or Glenda (born in 1967) , included Mexico, Canada, China, Kenya, Morocco, Spain, Greece, France, Japan, Nepal, Turkey, Turkmenistan, Armenia and Norway. He taught at Colorado State University for 8 years before becoming affiliated with Hardin-Simons University. He established a university-industry relationship in 1981 with Native Plants in Salt Lake City.

Robert became a research professor at Baylor University in 1986 An important part of his research over the years involved inviting scientists from other countries to come visit his lab to learn new techniques for research. Scientists from China, Nepal, Iran, Lebanon, Ethiopia and Kazakhstan came to his Baylor University lab in Waco, Gruver and St .George.

Robert (or Dr. Bob as boys called him) had a special calling to mentor boys and minister to their families. He spent 47 years in various churches and communities establishing boys' clubs for boys in 1 st -6 th grade and a special ministry for 7 th and 8 th grade young men--Young Men of Integrity.

Robert and Janice moved to St. George, Utah in 2017 and commented several times that these last 3 ½ years have been some of the best years of their life together.

Robert lived out the truth that God was always at work around him and God was inviting him to be a part of whatever God was doing in his world.

Robert is survived by his wife Janice of St. George, daughters Jessica and husband Kevin Black of St. George and Glenda and Suellen Adams of Madison, Wisconsin, brother Henry Adams of Colorado Springs, Colorado. Robert was preceded in death by his father Henry and mother Mabel.

To send flowers to the family in memory of Robert Phillip Adams, please visit our flower store.
Send a Sympathy Card