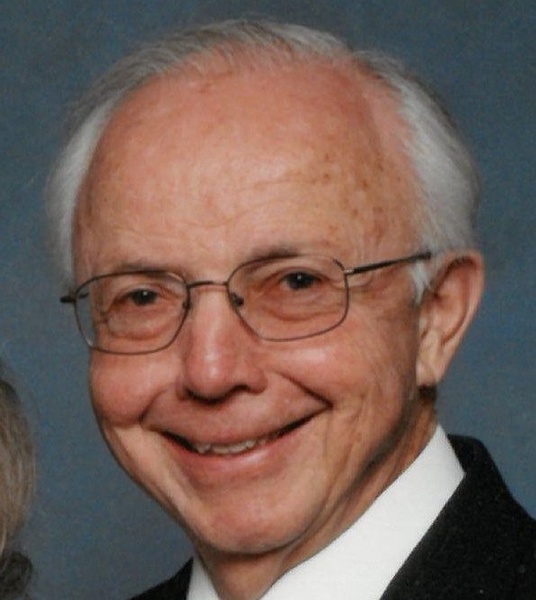 Growing up in Riverdale, UT, Robert graduated University of Utah in 1954, B.S. in Mechanical Engineering. Robert and Jacqueline “Jackie” Moss were married in the Logan Temple July 7, 1954. Robert and Jacqueline are active members in the Church of Jesus Christ of Latter-Day Saints, and served a mission in Boston, MA. Robert served as Bishop of a Weber State Collage singles ward.

As an Engineer Robert worked for Shell Oil and Marquardt Corp. before starting “Classic Construction”, a real estate development and construction business where he thoroughly enjoyed his work. In 1983 Robert moved his family to St George, UT, but every year, Robert and Jacqueline enjoyed spending summer at their cabin in Liberty, UT.

Genealogy and family history was important to Robert, he was a life member of the Sons of Utah Pioneers and The Mayflower Society. Robert compiled a book on his mother’s ancestry, and with his brother James “Jim” create one for their father’s ancestry.

Hobbies include repairing, and restoring items around the house, cars, trucks, boats, and RV’s. Robert enjoyed traveling, seeing new places, and visiting historical sites. He loved spending time with his family and friends whether a picnic, a day at the lake, or a week camping in the Grey’s River Valley, WY or on Lake Powell.

A graveside service will be held in the Ogden City Cemetery on December 11, at 11:00 AM. In lieu of flowers the family requests a donation to a charity of your choice.