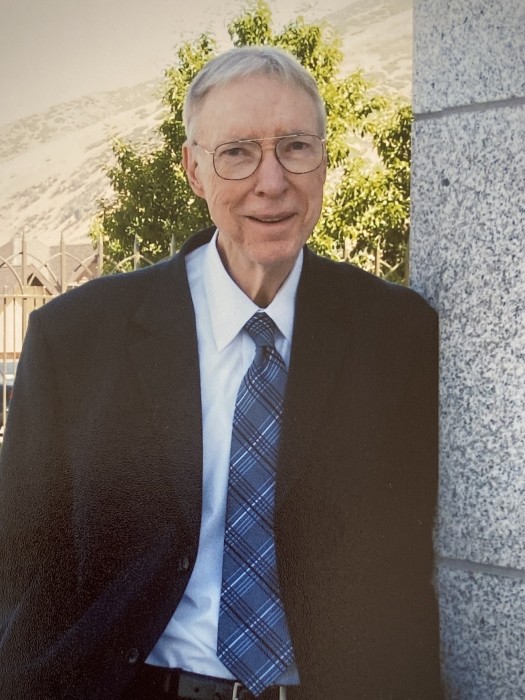 St George, Utah - Robert “Bob” Paul Rignell M.D., 74, returned to his Heavenly Father on September 10, 2020 after a patient, courageous battle with Parkinson’s Disease. During the last week of his life, his comfort was attended to by his loving wife and children who were all at his bedside when his breath stilled and the spirit ascended.

Bob was born on May 8, 1946 in Boulder City, Nevada to Paul Martin Rignell and Mayme Sophie Pajula. He was raised in the Boulder City desert where humble circumstances at home cultivated his hard-working, thrifty nature. He grew up in the Lutheran faith, attending Bible School, cub scouts, and playing pick-up games of football.

In high school he was a talented athlete. At 6’5” tall, he dominated the basketball court and the football field. Bob excelled as the left-handed quarterback of the Boulder City Eagles football team; an undefeated season led to a state championship his senior year. His mother loved to watch him play.

After high school, Bob was courted by many universities. But after a brief flirtation with college ball, an enduring flirtation with Susan Kay Vallette soon blossomed. They were married on November 11, 1967.

After graduating from Arizona State University, plans for the future were put on hold. He was drafted and joined the Air Force in 1969. Bob was stationed in the Azores with his wife and daughter, Kimberly. It was here that he began his medical career as a lab technician.

Honorably discharged after 4 years, Bob set his sights on the medical profession. He received his medical degree from the University of Utah in 1978, thereafter being known more affectionately as “Dr. Bob”. After a residency at LDS Hospital, he moved his family to St. George in 1982 to begin his career in Internal Medicine. He joined Kent McDonald’s practice; at the time they were the only two internists serving the area. He loved practicing medicine in a small town at the old hospital on 400 East.

Bob was baptized a member of The Church of Jesus Christ of Latter Day Saints in 1982. He served in many church positions. He felt particularly humbled and blessed to serve as the bishop of the St George 7th ward in the East Stake.

He will be dearly remembered for his kindness, being quick to smile and laugh, his remarkable bedside manner, being first on the floor for morning rounds, the familiar scent of his cologne, and above all, his sincere desire to make a difference for good.

He was preceded in death by his infant son Travis, his mother Mayme, his father Paul, and his half-sister Joyce Schwanenberg. Dr. Bob is survived by his "button” of 52 years, Susan, daughters Kimberly Lamoreaux and Somer Lasko (Danny), sons Rob (Lacey), Jason (Carly), and Todd, along with 14 grandchildren.

Bob’s family would like to express sincere gratitude to those at Dixie Regional Medical Center who lovingly attended to him as part of their medical family, those who cared for him at the Southern Utah Veterans Rehab, and Canyon Home Care and Hospice who showed sensitivity and kindness in his final days; to Dr. Codiga and especially to his dear friends and colleagues Dr. Jerry Hagen and Dr. Richard Wintch.  “Good job, Bob”.

Due to covid concerns, funeral services will be private. In lieu of flowers, donations may be made online at https://philanthropies.churchofjesuschrist.org/

To send flowers to the family in memory of Robert "Bob" Paul Rignell M.D., please visit our flower store.
Send a Sympathy Card