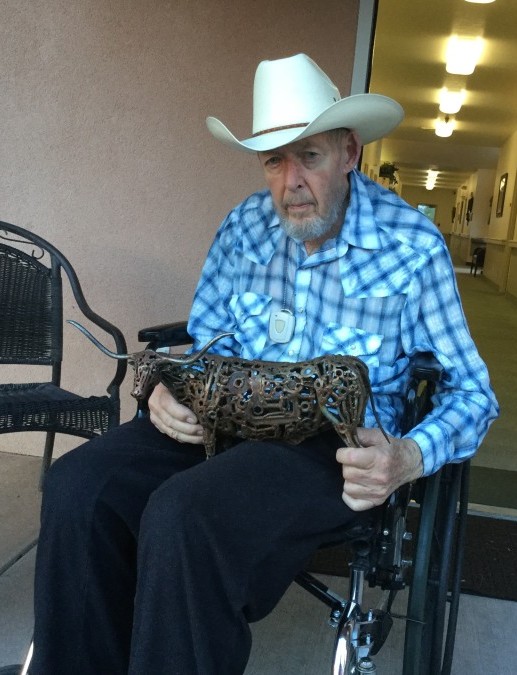 Boyd spent his childhood in Red House, NV., Modesto and Portola, CA. and Winnemucca , NV. while his Dad worked as a road master for the rail road.  They moved to American Fork, UT.  when his dad retired from the railroad and started working for the Utah-Idaho Sugar Beet Company. He graduated from American Fork High School in 1946.  The family moved to St. George, Utah in 1947.  He attended Dixie College and transferred to Utah State Agricultural College in Logan, UT. He graduated in 1951 with a Bachelor of Science in Agriculture and Animal Husbandry.  After graduation he started working for the Bureau of Reclamation as a Soil Scientist in Provo, UT.

He met Lynne Bloomfield while she was attending BYU in 1957. They were married in Farmington, New Mexico in 1959. They lived in Provo, UT. until 1961 when they moved to Beryl Junction where Boyd farmed and raised cattle until moving to Washington, UT. in 1972.  They were later divorced. Boyd returned to his prior position at the Bureau of Reclamation.

He married Barbara Joan Carter in 1986 in Las Vegas, NV.  They resided in Mapleton, Utah.

Boyd moved back to the St. George area in 2014 to be closer to his children, where he spent the last 5 years of his life.

Boyd’s family would like to thank the caregivers and staff at Autumn Park Assisted Living for their love and kindness to Boyd the past few years and Hughes Mortuary for their aftercare and assistance with the services and burial.  We greatly appreciate everything all of you have done to care for Dad in the ways we were not able to.

Interment will be at the Grantsville Cemetery, Grantsville, Ut. Monday, Sept. 16 at 1:00 p.m.

To send flowers to the family in memory of Robert "Boyd" Clark, please visit our flower store.
Send a Sympathy Card