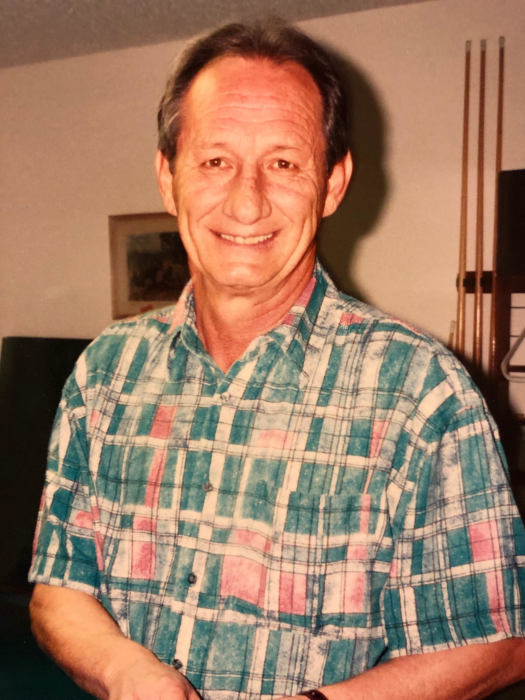 Dad passed away peacefully at his home in Hurricane Utah on Wednesday, May 1, 2019. He was born on November 13, 1939 in Provo to Lynn Carter and Violet Swanson (Greer). When his parents divorced, he moved with his mom to the Salem area. He attended Spanish Fork High school where he met the love of his life Linda Huff. Mom and Dad were married on October 9, 1958.

Mom and Dad lived in Fort Bragg, North Carolina while he served as a Paratrooper in the US Army.

After returning to Utah they lived in Spanish Fork until they built a house in Lake Shore where they raised their four children until mom passed away on August 21, 1992.

Dad worked as a machinist at Pacific States Cast Iron Pipe company where he retired with 30 years of service. He was heavily involved in the Steel Workers Union and served in many union positions including 12 years as union president. After retiring at Pacific States Dad worked for the International Steelworkers as an organizer and staff. He retired in 1999 and moved to Hurricane to live out his life in a home that he had built with Mom.

Dad insisted we include in his obituary that he “could not take two more years of Trump so he is out of here”. Anyone who knows dad will understand this demand.

Dad is survived by two sons and two daughters; Bobbi Carter, Joe Carter, Adam Carter, and Suzanne Chatterton, three sisters and a brother; JoAnn Mitchell, Joy Reynolds, Jeanne Swanson, and Dave Carter. He also has 14 grandchildren and 15 great grandchildren who meant the world to him.

Dad was proceeded in death by his wife, Linda, parents, Lynn and Vi, Sisters, Dixie and Rita, and Brother, Jimmy.

Calling hours will be Wednesday May 8th from 6pm to 8pm at Nelson Family Funeral home. 4780 North University Avenue, Provo. Graveside services will be Thursday May 9th at the Benjamin Cemetery beginning at 11am.

To send flowers to the family in memory of Robert Lynn Carter, please visit our flower store.
Send a Sympathy Card