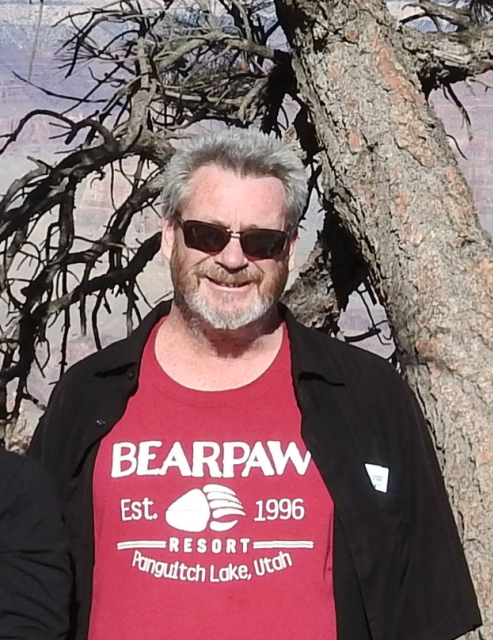 Robert Jon Hatch, 58, passed away June 28, 2021, after a short illness at the St. George Regional Hospital in St. George.  He was born February 27, 1963 in Panguitch to Ortho Jon and Elsie Elizabeth Worthen Hatch.

Rob liked fishing and hunting, and being in the outdoors, his favorite place has always been Panguitch Lake.  He spent many hours in the hills cutting wood with his brother, Cliff and son, Logan.

He was best known for his cooking.  Many of us enjoyed the fruits of his labor these past years at the Lake, often with a quick “hi” from the cook himself.

Rob was incredibly kind-hearted, he enjoyed helping others; he was smart, mechanically talented, and could fix just about anything.  He also saved time to tease and could be a bit mischievous.

Even through his last days, filled with pain, he didn’t complain much and didn’t want attention directed toward him.

Rob’s passion was cooking but his love was for his children, Bobbi, Mike, and Logan, to whom he was known as a “fun dad”.\

He was preceded in death by father, Jon Hatch and step-mother, Judy Christensen; brother and best friend, Cliff Hatch

To send flowers to the family in memory of Robert Jon Hatch, please visit our flower store.
Send a Sympathy Card