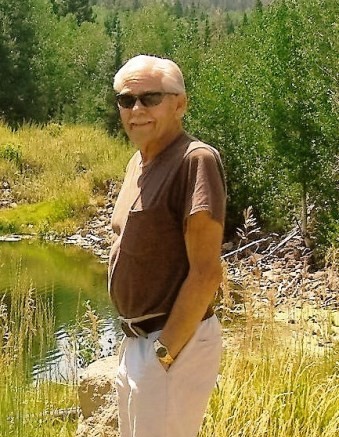 From 1961 to 1975 he worked in the refrigeration industry.  From April 1975 to July 1984 he was employed as an Operating Maintenance Engineer in the hotel casino industry.  In April 1984 until his retirement in 2004 he worked mostly at the Tropicana Resort & Casino, where he held many titles and wore many hats.  From Director of Facilities, to Chief Engineer to Asst. Chief Engineer to Qualified Employee.  His only diversion was a brief stint as the Director of Facilities for the WWF Casino and Hotel Ventures, LLC.  Otherwise his career was the Tropicana Resort & Casino.  He was one of only two people to receive Supervisor of the Year, not once, but twice.

Larry was a loving husband, father and grandfather.  He was a smiling, gentle and polite person.  There are many who benefitted from his kindness.  Whether it was helping someone find a job, to repairs on their home or car, to a loan or simply advice; Larry had a big heart.  He was a gentleman and a gentle man.  He loved all things outdoors: hunting, fishing, boating, camping and hiking.  He loved cars and in his younger years drag raced.  But he also built them.  His first car was a Model T salvaged from three wrecks.  He could make, build, repair or fabricate anything from anything.  There are no words to adequately describe how much he is and will be missed. There was only one mold made to create him from Him and there will never be another.

There will be a Celebration of Life to be held February 23rd 1:30 pm in Las Vegas, NV at Sunset Park, Hickory area.   In lieu of flowers, donations may be made to The Wounded Warrior program or any charity of your choice.

To send flowers to the family in memory of Robert Larry Paul, please visit our flower store.
Send a Sympathy Card