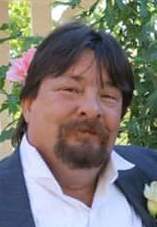 He was a heavy equipment operator (he called himself the water boy) at the landfill working  for Republic Waste for the last 14 years.  He loved to go camping, hunting and fishing.  He always made everyone laugh with his outrageous jokes.  Everyone who crossed his path loved him and the smile he always had on his face.  His biggest passion was playing his drums and being with his family and friends.

Arrangements are under the care of Hughes Mortuary. Funeral Services will be held on Saturday, May 21, 2016 at 11:00 am at Hughes Mortuary, 1037 East 700 South, St. George, Utah.  There will be a viewing prior to services at 10:00 a.m.  Visit www.hughesmortuary.com  for complete funeral listings and to leave condolences.

Special thanks to all the ICU nurses and doctors for all the care and support as well as the EMT’s.

To send flowers to the family in memory of Robert Lee Stewart, please visit our flower store.
Send a Sympathy Card