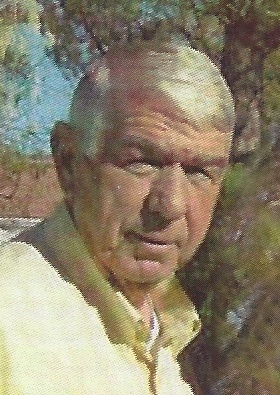 Our coach, husband, father, grandfather and great grandfather, Robert Henry Wilstead, 78, returned home to his Heavenly Father on Saturday, July 18, 2015.  He was born on November 21, 1936, in Emery, Utah to Sybil Timothy and Robert William Wilstead.  He married Shirlee Dawn Judd, March 11, 1955, in the Manti Temple.  On December 23, 2012, after 57 years of marriage, Shirlee passed away. Bob was lucky enough to meet a new angel in his life, Martha Jane McVaugh. They married on January 4, 2014. Bob was raised in Wellington, Utah with his five sister’s.  He served four years in the United States Air Force as a military policeman, stationed in Arizona, Texas and Guam.   Bob loved adventure and the outdoors. He enjoyed golfing, waterskiing, boating in Lake Powell, flying his twin-engine plane, hunting and fishing.  One of Bob’s greatest joys was coaching his five boys in baseball and football, where he not only had an impact for good on his boys’ lives, but on all of the young men he coached. Bob’s life was spent in the service of others.  He held many callings in the LDS church and loved working in the Young Men’s Program.  The calling he cherished the most, was serving as a full time missionary in Eugene, Oregon with his wife, Shirlee.   He was looking forward to serving his Father in Heaven again, with his wife Jane, when he was diagnosed with cancer.   Bob loved his grandchildren and great grandchildren and enjoyed spending time with them.  He was a financial planner for his own company Olympic Agency. Bob is survived by his wife, Jane Wilstead, St. George, his younger sisters, Holly (DeLon) Larsen, Salt Lake, Judy Noyes; his sons, Robert Tab (Tammy), West Yellowstone, Montana; Michael Scott (Denise), St. George; Troy Dell (Darla), Minersville; Randy William (Roxanne), Washington; and Judd W (Trisha), Bluffdale; 18 grandchildren, and 16 great grandchildren with two more on the way.  He is preceded in death by his wife Shirlee Dawn Wilstead, grandson, Tyler Michael Wilstead; parents, Robert William and Sybil Timothy, and sister’s Molly, Dixie and Sandra. Funeral services will be held Thursday July 23, 2015 at 11:00 a.m. at the LDS Chapel, 1068 West Chandler Dr.  St. George, Utah.  Friends may visit with family Wednesday, July 22, 2015 from 6:00 – 8:00 p.m. at Hughes Mortuary, 1037 East 700 South, St George Utah and Thursday, July 23 at the LDS chapel from 9:00 to 10:30 a.m.  Interment will take place in the, Tonaquint Cemetery, 1777 South Dixie Drive St. George, Utah.

To send flowers to the family in memory of Robert Henry Wilstead, please visit our flower store.
Send a Sympathy Card